Home / WORLD / Vaccines for everyone over 18, says India’s Modi, as Delhi vows free rations for 800 million people until November

Vaccines for everyone over 18, says India’s Modi, as Delhi vows free rations for 800 million people until November 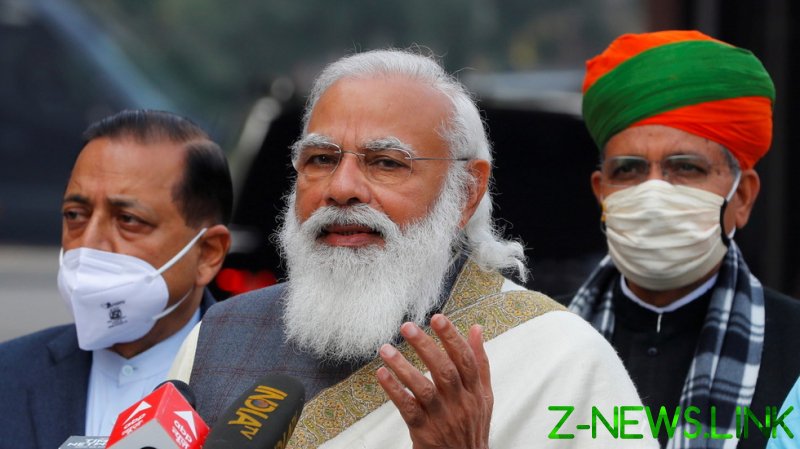 In a national address on Monday, PM Narendra Modi said that 25% of the vaccination program will be handed back from the states to the central government within the next two weeks. “The Centre is taking back total control of vaccination now,” he stated.

Modi said that the nation’s supply of Covid-19 doses would increase in the coming weeks and that would allow the government to roll out vaccines to everyone over the age of 18.

All vaccines administered by the state will be free of charge, but those who want to skip queues can visit private hospitals, which are permitted to buy 25% of the vaccine shots produced in the country directly from its manufacturers.

Modi said that more vaccines were in the pipeline, including a possible nasal version. The announcement came as India registered its lowest Covid-19 infections in two months, with just over 100,000 new cases.

The prime minister also said that a whopping 800 million people would benefit from a free rations scheme under the Pradhan Mantri Garib Kalyan Yojana initiative, the prime minister’s welfare scheme for the poor, until Diwali, which this year falls on November 4. The scheme was launched by Modi’s government in 2016.

“The government is with the poor during this pandemic,” Modi said during the national address. “Nobody should sleep hungry.”