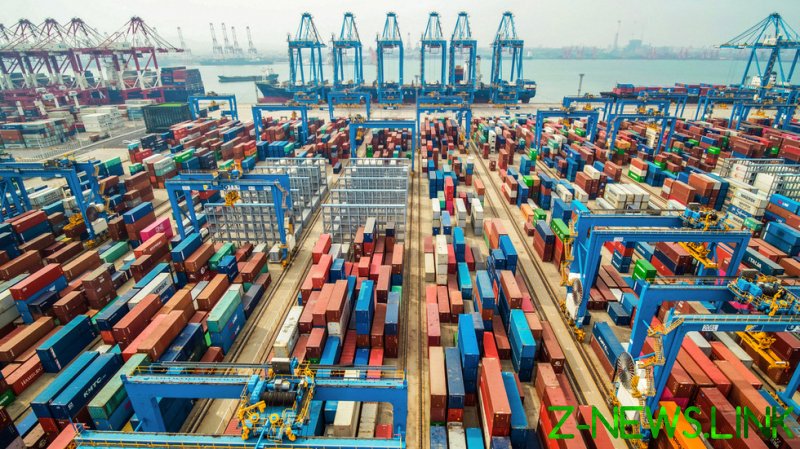 The long-discussed agreement, officially known as the Regional Comprehensive Economic Partnership (RCEP), was signed on the sidelines of the annual ASEAN summit on Sunday. The meeting was virtual this year due the coronavirus outbreak.

“The signing of the RCEP Agreement is a historic event as it underpins ASEAN’s role in leading a multilateral trade agreement of this magnitude, despite global and regional challenges and eight years of negotiations,” said the secretary-general of the bloc, Dato Lim Jock Hoi.

It took the Asian nations seven years to hammer out the accord, which will now have to be ratified by the signatories in order to come into force. It covers some 2.2 billion people with a combined market size of $26.2 trillion or 30 percent of the world’s gross domestic product. The agreement aims to reduce or remove tariffs on a wide range of goods and is said to give the economies a much-needed boost to recover from the pandemic. Apart from setting trade rules, it covers also other spheres, such as services, investment, e-commerce and copyright.

The mega trade pact was initially supposed to involve 16 countries in the Asia Pacific region, but last year India backed out of negotiations amid mounting concerns over cheap imports that may flood the country, especially from China. However, the door remains open for India to join the agreement. Ahead of Sunday’s summit, Japanese Prime Minister Yoshihide Suga said that Tokyo would support broadening the deal, including India’s possible return.

The agreement comes amid escalating trade tensions between two signatory countries, Australia and China, with the latter seen to be restricting Australian imports. It is not clear whether Beijing will cancel its latest tariffs and restrictions, which Canberra says disrupted trade flows, but Australian Trade Minister Simon Birmingham said the deal signals that the two nations are “able to continue as partners in the RCEP agreement.”

The RCEP is often compared to the Trans-Pacific Partnership (TPP) deal that was torn apart shortly after President Donald Trump took office. Trump has skipped ASEAN summits for three years in a row, drawing criticism from some business groups.

The US is evidently not part of the massive trade pact, despite it saying that it’s the largest investor in Southeast Asia and the fact that the ASEAN countries were its 10th largest goods export market in 2019. American trade turnover with the 10 ASEAN nations reached almost $300 billion last year, while the annual trade volume with all the members of the trade agreement amounted to around $1.5 trillion.

However, the US runs a trade deficit with the 10 nations of the bloc and other countries, including China. The trade imbalance was one of the reasons for the simmering trade war between the world’s two largest economies.

The US pulled out from multiple international trade, military and political agreements under Trump. Apart from the TPP, he also ended nearly 25 years of the North American Free Trade Agreement, or NAFTA, which eliminated tariffs on most goods traded between the US, Canada, and Mexico. The longstanding pact was eventually replaced by another deal, known as the United States-Mexico-Canada Agreement (USMCA), which is considered more protectionist. Moreover, Trump threatened to withdraw the US from the World Trade Organization (WTO).

Joe Biden, who media outlets have already declared the winner of the November 3 election, is not considered likely to liberalize US trade in general, or revive the trans-Pacific trade deal or eliminate existing tariffs on China. He previously said that he wouldn’t support any new trade agreements “until we’ve made major investments here at home.”