US denies role in Kazakhstan uprising 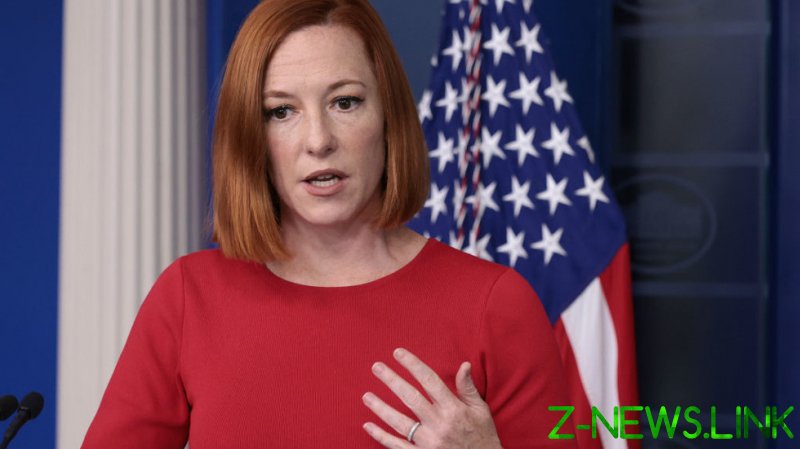 President Joe Biden’s spokeswoman has denied that the US government is behind the violent protests that have rocked Kazakhstan this week, claiming that unnamed “Russians” have falsely accused Washington of triggering the tumult.

The White House is monitoring the protests in Kazakhstan and supports “calls for calm, for protesters to express themselves peacefully and for authorities to exercise restraint,” Jen Psaki told reporters on Wednesday.

Protests over surging prices for liquefied petroleum gas began on Sunday and escalated with demonstrators torching police cars, storming government buildings, setting a presidential palace on fire, and seizing the international airport in Almaty, which has since been retaken. Tokayev has vowed a “tough” response, initially blaming the violence on “financially motivated plotters” and organized “bandit elements.”

The situation comes ahead of US-Russia talks next week. When asked about the talks, Psaki accused Moscow of creating the European security threats that it has been raising concerns about.The status of Ukraine is supposed to be the focus of the talks, and Psaki said the US will continue to provide “defensive assistance” to Kiev.

President Vladimir Putin is meanwhile looking for a security pact with the US-led NATO bloc, specifically guarantees of no further expansion to the east.