Home / policy / US capture of Russian energy and aluminium. Officials are silent

US capture of Russian energy and aluminium. Officials are silent 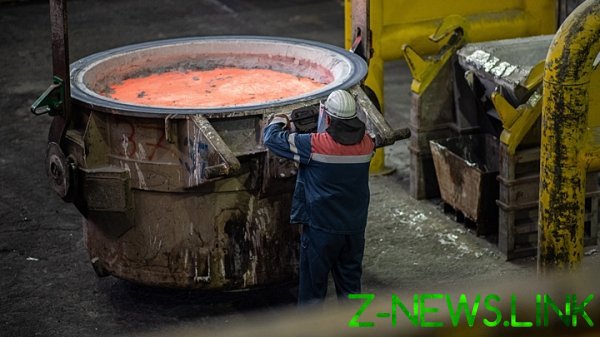 Russia is losing the remnants of control over their energy in Siberia and over the aluminum industry. Own all the US, and a chance to prevent it was after the consent of the savings Bank to give Americans money for these purposes. The sale will make the Bank VTB, which owns a still in a Russian stock.

February 6, without exaggeration, be called judgment day for the Russian energy sector and aluminum industry. After “RUSAL” and “EuroSibEnergo”, previously controlled by tycoon Oleg Deripaska through a holding company En+, came under the control of independent Directors from the U.S. and the U.K. the transaction with the U.S. Treasury, Russia had a rather large stake. It belongs to VTB.

However, this package now needs to be redeemed “daughter” En+ and leave Russia. The paradox is that the Americans that took out a loan from Sberbank. That is the situation as follows: the remains of En+, will be sold to the USA, VTB Bank, and sponsor of the transaction is Sberbank.

Of course, small, limited and not voting keeps the bag and the Deripaska. The subject matter, but it does not change, because the oligarch for more than a year by the decision of the Ministry of Finance of the USA has no right to influence En+. That is, to “RUSAL” and “EuroSibEnergo” owned by this holding company. Why is this happening?

On purchase VTB of a share the size of 21,37%, En+ said in a recent press release. According to the document, this is done in order to supposedly “simplify the shareholder structure of the company.” Indeed, the structure becomes simpler when it will come to VTB, a majority of the shares of the holding company will be the Americans.

The amount of the transaction – 1,576 billion. The buyer will perform not myself En+, and his “daughter”, which was no other choice left but to attract to buy the credit in the savings Bank…. The loan amount is 110,6 billion (or 1.75 billion dollars) with repayment until 2026. Now the Americans controlled the holding and does not hide the joy: VTB wanted so badly to sell its stake, which made the buyer a decent discount.

On 5 February the shares of En+ were traded at the exchange in London at 11.6 dollar apiece. En+ buys VTB 136 511 122 shares. A simple calculation on the current value gives the amount of 1,583 billion dollars, which is significantly more than the amount of the transaction, which, thus, will be discounted.

So what’s the deal? In the eyes of the Russian side it is very strange, but quite logical for the Americans and British Lord Gregory Barker, who became the new head of En+ after self-imposed exile Deripaska (which we recall later).

Ultimately, the holding company and really focuses its shares in private hands. Why is it necessary? To resolve the last minor obstacles to the management of Russian companies as willing puppets of the U.S. Treasury. What can do with Deripaska? Nothing. And anyone else in Russia? Too.

Why is it so important?

The scale of the incident become clear if we consider that is a holding company En+, and which companies he owns. First and foremost is the “RUSAL”. The aluminum giant of such magnitude that arose because of U.S. sanctions against Deripaska problems in 2018 hit the global automotive industry and aircraft manufacturers. 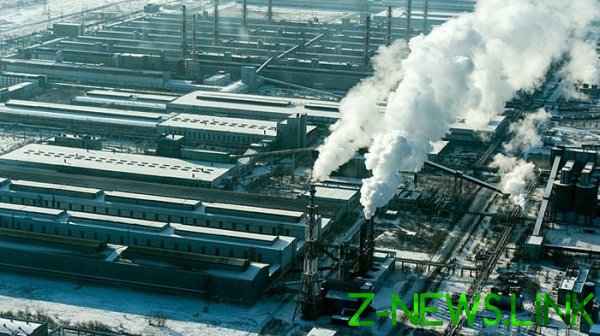 “RUSAL” – is almost all Russian and Russian bauxite aluminium is a number of plants abroad, and this is one of the global commodity leaders in General. Russian aluminum, for example, build planes with Boeing and Airbus. And of course, the new American manned spacecraft Boeing Cockpit is also created with the use of aluminum “RUSAL”.

En+ owns power capacities in the regions of Russia. Holding company 100% owned the EuroSibEnergo. It includes the largest energy companies of Russia, which together serve more than 15 million consumers.

EuroSibEnergo manages a group of companies “Volgaenergo”, has in its portfolio shares of OJSC “Krasnoyarskaya HPP”, JSC “Irkutskenergo and OOO Kompaniya Vostsibugol company”. The latter, incidentally, is the largest producer of thermal coal in the Irkutsk region.

Don’t forget about the assets in the automotive industry. En+ group controls the structure of “Russian machines” and “GAZ Group”: “RM-Terex”, in fact, the GAS, the famous manufacturers of buses PAZ and LiAZ, KAVZ and the automobile plant “Ural”.

Now all this finally manages British Lord Gregory Barker and the independent Directors, approve the agreement with the U.S. Treasury.

How did it happen?

Findings, perhaps, suggest themselves. The decision of the U.S. Treasury in April 2018 to impose sanctions against “Rusala” – or rather, Oleg Deripaska, was akin to winning the lottery. RUSAL is a very large giant, but at the same time very vulnerable. The Americans had just enough to interrupt the supply of aluminum, and the company began to “choke”. The warehouses were crowded, the workers at the plant in Sweden were afraid of losing their seats, the shares on the Hong Kong stock exchange collapsed, and the Oleg Vladimirovich has addressed for the help to the Russian government.

The government refused to buy from “RUSAL” aluminium in the state but promised to help “stimulate action”. Among them was the plan to support the aluminum industry due to the blow to the manufacturers of plastic containers, try to help automotive business tycoon due to preferences in public procurement, which caused dissatisfaction of other Russian engineers, and in the future could annoy the FAS.

The United States led to the execution of the second part of the plan. Already included in the Board of Directors of En+ Lord Gregory Barker made the so-called plan Barker (about the history of Constantinople wrote earlier).

The main point of the plan – deprivation Deripaska control and distribution belonging to him and his family stock to individuals and institutions, which would be approved by the Office for foreign assets control of the U.S. Treasury (OFAC). In return, the company filmed US sanctions, “RUSAL” could continue. Deripaska had not even taken all action, he kept the package in 35% of the voting shares. And voluntarily surrendered the company. Recall before the US sanctions Deripaska controlled 48,13% of RUSAL via En+, where he owned 66%. Thus, in agreement with the shareholders “Rusala” the share is above 40% was considered as control.

It is noteworthy that in the “extraction” of “RUSAL”, the oligarch involved the notorious lobbying firm Mercury, which is headed by the former assistant to the President of the United States Donald trump Brian Lanza. The search for new Directors engaged the recruiting company Russell Reynolds, and for the sale of a controlling stake in Deripaska Barker has hired investment Bank Rothschild & Co. It is significant that, ultimately, detachment of the companies of Deripaska of Russia did exactly the structure of the Rothschilds, which previously has financed a lot of anti-Russian projects.

The result was predictable: control of En+ passed to Barker and appointees of the U.S. Treasury. Of the 12 members of the Board of Directors Deripaska has the right to nominate only four. Of the remaining eight members six shall be citizens of the US and the UK. Two more, and in General the entire composition must be approved by the U.S. Treasury.

The role of VTB in this case is not limited to the sale of the package “daughter” En+, that is, the final consolidation of the shares in American hands. Previously Gregory Barker used the VTB to obtain part of the package Deripaska is his stock went to the Bank. The shares were previously transferred to VTB structures Deripaska as collateral “under certain obligations”. It is reasonable to assume that the plan for the subsequent sale of these “purged” from Deripaska shares back in the hands of En+ existed in 2018, and now he is to be executed. Now that the money has to Sberbank.

“VTB group has carried out a successful exit from long-term investments. The transaction reflects commercial interests of all involved parties at the time of its conclusion”, – stated in a press release from VTB, which leads to RBC.

Rather not say. That commercial interests were at the forefront. Deal best brand all its sides. VTB earned on the sale of these shares. En+ achieves its control only by the US, and therefore simplifies its structure. Work on this and Sberbank as the creditor of the transaction, which in 2026 will receive from her profit. Unfavorable this tough and unprincipled business deal is only one side – Russia.