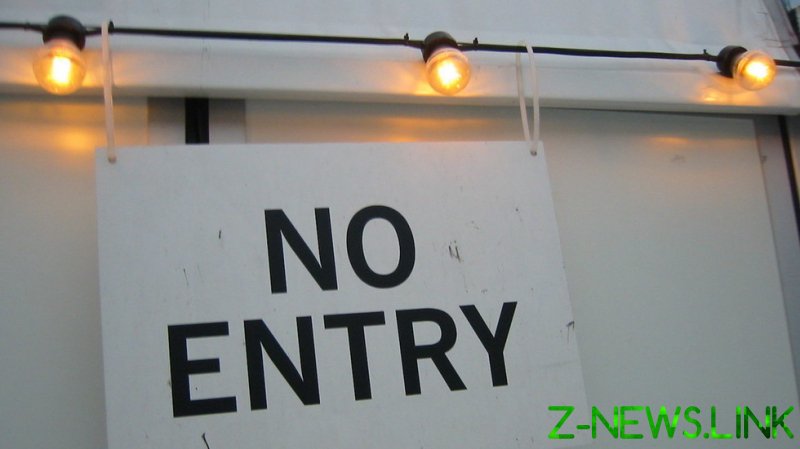 Billed as a “diverse week of comprehensive, queer-inclusive, culturally-specific, sex-positive sexual health events and conversations,” Tulane’s ‘sex week’ contained some understandable topics like one on safe sex, another on “reconnecting with your sexuality after trauma,” as well as some predictably woke happenings to prove the school’s promise of “diversity.” One panel, however, flew in the face of that “diversity.”

On its webpage, organizers invited students to “join New Horizons for a real-talk, relaxing evening and safe space to talk about Black sexuality.”

“The event will feature an interactive panel of students and staff discussing the unique experiences Black femme-identifying and nonbinary people face on campus,” they wrote.

That may sound like a lot of word vomit, but there was a free sex toy thrown in…so there’s that.

Virtue signaling doing a 180 and actually turning racist on modern leftist college campuses is nothing new, but the fact that such mind-numbing wokeism is now being applied to the act of sex is pitiful.

First, what is “black sex”? The term more than implies that sex is different based on race. This puts a heavy emphasis on skin color that should be uncomfortable to everyone except racists. How is a black person having sex any different from a white person or an Asian person or a Hispanic person having sex?

Whatever this mysterious difference is that these panelists discovered, you can only find out if you’re black because the event wasn’t for anyone else, which is pretty incredible. If you go to a racist rally, you’re likely to see events promoted to only “whites” too.

In a convoluted effort to be “sex positive” and “diverse,” desperate liberals are using race to build walls and divide people based on skin color.

There is a point where virtue signaling just becomes the flip side of the coin of racism and it’s sad to see it happening so quickly on college campuses where young people pay exorbitant amounts of money to have their minds molded.

This event at Tulane teaches that sex is somehow different based on race, and it’s okay to discriminate as long as you’re discriminating against the right people. It flies in the face of the idea of diversity. They managed to not only offend every race, but also belittle those black students by implying they need to be cut off from the world when talking about this vague thing called “black sex,” like they’re somehow different because of their skin color and not playing the same game between the sheets as everyone else.

Sex weeks where toys are being handed out are fine and dandy, but do we really need to infect them with extremist virtue signaling and create unnecessary taboos? Woke warriors have gotten so bored with canceling things left and right and inventing new terms for us to ‘educate’ ourselves on that now they’re moving toward the bedroom and doing their best to turn even sex into a headache-inducing chore.