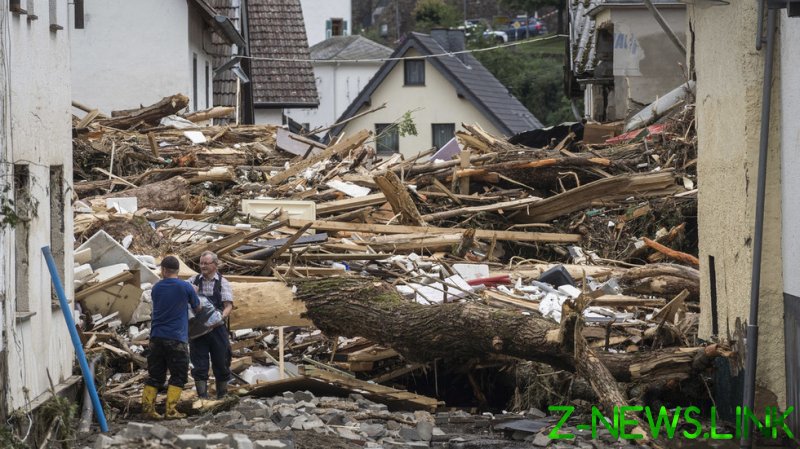 At least 50 people died in Rhineland-Palatinate, a police spokesperson in Koblenz confirmed to the media on Friday. “There is fear that there will be more,” the spokesperson added.

Around 1,300 residents are unaccounted for, although officials told reporters that some locals cannot be reached because cell phone service is down.

German media earlier quoted the Interior Ministry in neighboring North Rhine-Westphalia state as saying that the death toll there in the state stood at 31, while 57 were injured.

The floods caused by record rainfall swept up cars, destroyed houses and sparked power outages. Authorities issued extreme weather warnings and ordered evacuations in most affected areas. Around 1,000 soldiers have been deployed to help with rescue operations.

“This is a unique disaster of an unprecedented scale,” Gerd Landsberg, the head of the German Association of Towns and Municipalities, said, adding that the damage was likely to amount to billions of euros.

Chancellor Angela Merkel promised aid to those hit by the floods. “I can tell people: We will not leave them alone in these difficult, terrible times. We will also help with reconstruction,” she said.