The first world war, dark tunnels running deep beneath the battlefield, and the evil who does not care about States and flags. That’s what decided to tell the creators of the canadian military horror film “the Trench №11” (Trench 11).

The Director Leo Sherman (“I will Never forget”). Screenwriter — he, but in collaboration with Matt Bui (“Team time”).

Go the last days of the First world war. Shell-shocked soldier ordered to hold the command of the allies to the German base, hidden deep below any trenches. However, the Germans lost control of extremely dangerous biological weapon that turns its victims into insane killers. The characters find themselves trapped.
The only thing more terrifying than the Western front… what lies beneath.

As you can see from the following video, “Trench No. 11” this is a very budget independent horror film, which boasts original historic setting, klaustrophobische locations and other things perfectly to the atmosphere. The impression of a little spoil the zombies. No, I have nothing against them, but somehow boring them here.

Remember, the writer Vladimir Kuznetsov was a beautiful and terrible story about “the underground war” called “Forever disappeared into the abyss under me…” from the anthology SSK-2014. And Yes, Vladimir managed to do without zombar in the tunnels.

In any case, the “Trench No. 11”, it seems worth paying attention to. The film is already included in the program Screamfest, which is traditionally held in October in Los Angeles. So wait for the reviews. 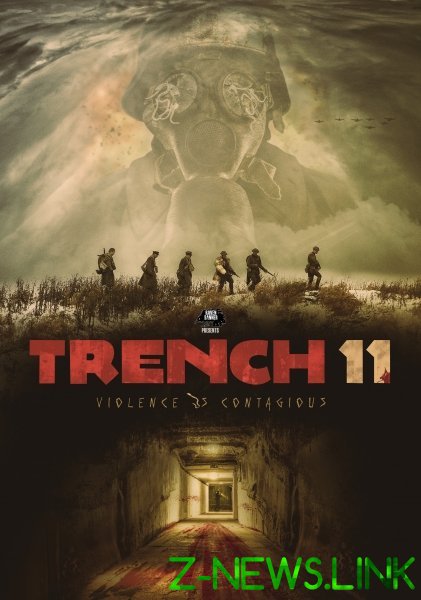