Home / policy / UN asked to support a resolution on Crimea

UN asked to support a resolution on Crimea 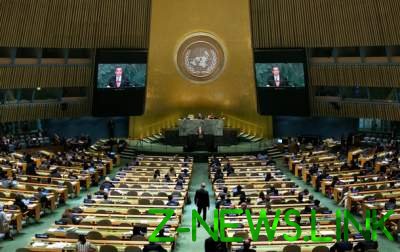 Resolution on human rights in Crimea, Ukraine will soon be served in the Third Committee of the UN.

Ukraine asks UN to support the resolution on the Situation of human rights in the Autonomous Republic of Crimea and Sevastopol, which in the near future Ukraine will submit for consideration in the Third Committee of the UN. With the corresponding request to the United Nations addressed Vice Prime Minister on European and Euro-Atlantic integration of Ukraine Ivanna klympush-Tsintsadze, the official website of the Cabinet.

“We ask for support of this document. We urge the international community to respond systematically to the cynical human rights violations in Crimea and to strengthen political and diplomatic pressure on the Kremlin to ensure the return of the aggressor state to respect the provisions of international law,” said klympush-Tsintsadze during the event on the situation with human rights in Crimea, which was held at the UN headquarters in new York.

See also:  Though the stones from the sky: photos of empty beaches occupied Crimea

Vice Prime Minister expressed hope that the event will provide an opportunity to obtain additional supporters of this resolution, and noted that the vote for its adoption is expected in the period between mid and late November.

According to her, under the UN Charter, the absolute priority of the international community is ensuring the fundamental rights and freedoms of the individual. Despite the occupation of the Russian Federation and the forced introduction of legal framework, the residents of Crimea remain Ukrainian citizens. Therefore, the government of Ukraine intends to provide all possible means of protection of fundamental rights and freedoms of citizens of Ukraine on the temporarily occupied territory of Crimea. “Today I want to reiterate the position: we do not sell territory, and our citizens for money, oil or gas. Therefore, the de-occupation of Crimea, as well as other temporarily occupied territories, is our absolute priority,” said klympush-Tsintsadze.

See also:  Poroshenko dissatisfied with the OSCE monitoring mission in the Donbass

Vice Prime Minister noted that the systematic repression turned the Crimean Peninsula to the territory without freedom, where Russia is applying the worst practices of the Soviet repressive machine. “Anyone who dares to abandon the so-called reunification with Russia, becomes a victim of arbitrary detention, persecution and torture,” – said Vice Prime Minister. 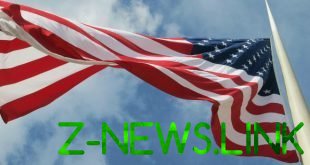 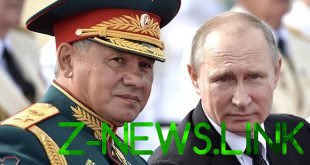 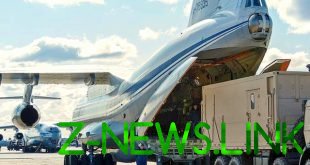