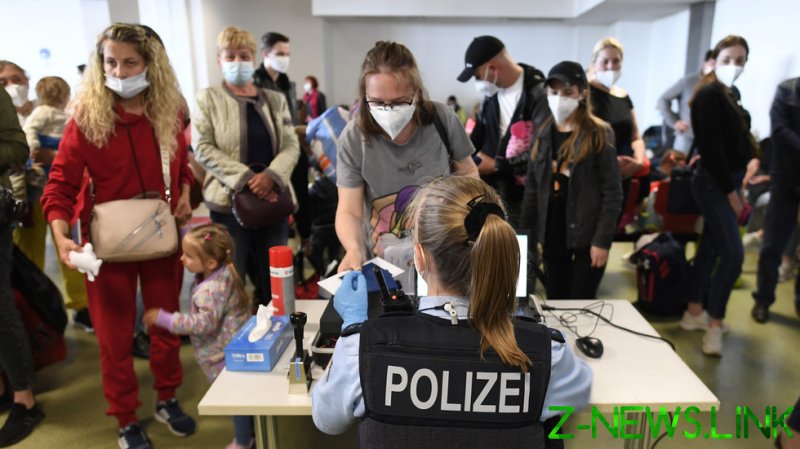 Millions of Ukrainians rushed westward in late February after Russia launched an offensive against their country. Initially welcomed with open arms by European nations, they are now seeing the support dwindle – at least when it comes to the benefits offered by host countries.

European nations are now deciding how much they want to spend on Ukrainian refugees, and some of the freebies offered in the first weeks are about to expire.

No more free rides Starting next month, Germany’s Deutsche Bahn railway company will no longer give free tickets to anyone possessing a Ukrainian passport. In March, the rail monopoly offered free transit to Ukrainian passport holders traveling to the major German cities of Berlin, Dresden, Nuremberg and Munich. It also issued free “helpukraine tickets” to those asking for them.
While new arrivals will still be provided with free rides, the free tickets will be abolished. The German government said needy Ukrainians will be receiving social benefits starting in June, so the end of the program won’t restrict their mobility much since they will be able to buy universal €9 ($9.65) monthly tickets for public transport.
Germany is just one of several European nations that decided to discontinue free tickets for Ukrainians. Bulgaria, the Czech Republic, Poland and Switzerland have made similar decisions. Poland will keep some train rides free for vulnerable Ukrainians, such as elderly men, women and disabled people.

Vacating hotels Popular holiday destinations are reportedly planning to displace thousands of Ukrainian refugees that were given lodging at beachfront hotels. In Spain, as the tourist season gets underway, rooms currently occupied by refugees will need to be vacated to accommodate paying visitors, some of whom made their bookings months ago. According to the newspaper El Pais, as many as 12,000 people face eviction.
The situation is no different in Bulgaria, where starting next month only three hotels at the popular Sunny Beach resort will still accommodate Ukrainian refugees, according to Radio Bulgaria. Some 38,000 were asked to move out of their temporary homes by the end of May.

Welfare cut Some host nations are also reducing the cash aid that they pay to refugees. In Bulgaria, the daily allowance will go down from around $22 per person to $8 next month.
The Czech Republic will no longer pay no-questions-asked welfare of $217 per month for five months to Ukrainians. The government will deduct the cost of free housing from the first month’s payment and demand proof of need from recipients in subsequent months. Czech authorities are encouraging Ukrainians to get jobs or risk losing the benefits.

Benefits-triggered crime In some cases, the assistance that Ukrainian refugees are receiving in European countries exposes them to local crime. Stanimir Stanev, a senior Bulgarian police official, revealed in a report to the country’s parliament this week that cars from Ukraine are being targeted by thieves interested in their license plates.
Because the government decided not to collect road tolls and parking fees from refugees, some crooks are taking advantage of this by replacing their plates with stolen Ukrainian ones, Stanev said.