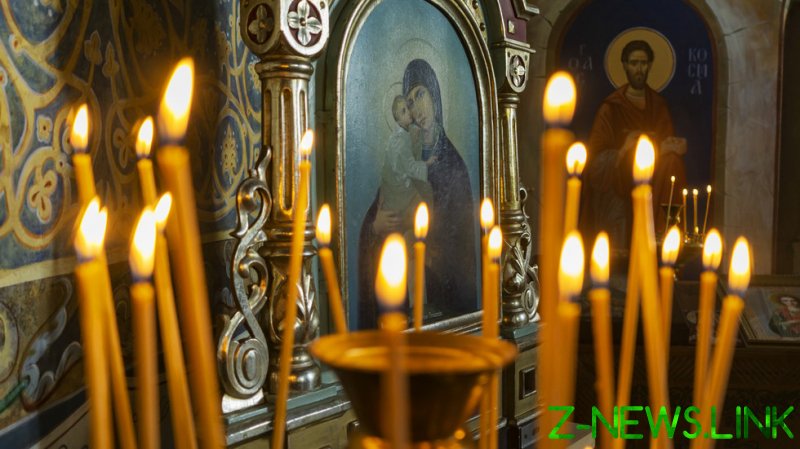 A priest in the town of Smila in central Ukraine was kidnapped by a group of armed men on Monday. The incident occurred in the middle of service and was captured on video by stunned churchgoers. The footage quickly made its way across social media, with many reporting it as Ukrainian nationalists assaulting and kidnapping a pro-Russian priest.

In the video, alleged members of Ukraine’s Territorial Defense Forces can be seen assaulting and forcefully dragging away the priest, as well as another man who was reportedly trying to aid him in the confrontation.

The incident occurred at the Church of the Intercession, which is part of the Ukrainian Orthodox Church, which is still loyal to the Moscow Patriarchy.

It comes amid an ongoing rift between Ukrainian churches. Since the early 1990s, some clerics have been breaking away from the Ukrainian Orthodox Church of the Moscow Patriarchate (UOC-MP) and joining the independent Orthodox Church of Ukraine under the Kiev Patriarchy (OCU), rejecting historic ties with Russia.

In recent years, the rift has been characterized by forceful takeovers of some temples in Ukraine by Kiev-allied worshipers and activists, which the Russian Orthodox Church (ROC) has decried as “wild.”

Last week, Ukrainian lawmakers introduced a bill to parliament calling for the complete ban of the Moscow Patriarchy on the territory of Ukraine and the seizure of all its assets within the country.

A representative of UOC-MP, Archpriest Vasyl Vozniuk, who is the secretary of the Cherkasy Diocese, issued a statement regarding the kidnapping, saying the provocation was carried out at the behest of a group of local priests, led by Father Nikolai Seredich, who has been inciting “schismatic actions” by demanding the temple break away from its Russian counterpart and join the OCU.

“In recent weeks, several priests from Smila, without consulting or informing their colleagues – most of the clergy of the Smila denomination and their own parishioners, began to incite each other and readers from the internet to schismatic actions,” he said.

Vozniuk claims that the church tasked Father Vasyl Miroshnychenko with quelling the discord in the Smilan church, however, the insurrectionists apparently accused him of harboring pro-Russian sentiments and invited a group of armed men to forcefully remove Father Vasyl. Some of these “people with weapons” are reportedly still “on duty” near the temple.

The statement from the secretary goes on to claim that Father Vasyl is currently “alive and well” and “continues the service and confession of the clergy of the Smilansky denomination,” while Seredich, who has been accused of inciting armed people to use violence against the priest, has been banned from the priesthood pending an investigation into this incident.

Nevertheless, the video of the incident has quickly gone viral, and many have been expressing outrage over the actions of the Ukrainian territorial defense forces members. The head of Russia’s Investigative Committee, Aleksandr Bastrykin, has issued an investigation into the matter, which has been declared a kidnapping, with the goal of “identifying the persons involved.”

The incident comes as Moscow is currently carrying out a military operation in Ukraine. However, the village of Smila has not seen any combat during this period, although some parts of the Cherkasy region have experienced shelling from both Russian and Ukrainian forces. 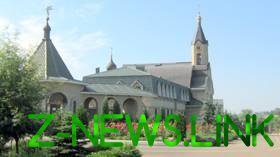 Russia’s operation was launched last month, following a seven-year standoff over Kiev’s failure to implement the terms of the Minsk agreements, and Russia’s eventual recognition of the Donbass republics of Donetsk and Lugansk. The German- and French- brokered protocols had been designed to regularize the status of those regions within the Ukrainian state.

Russia has now demanded that Ukraine officially declare itself a neutral country that will never join the US-led NATO military alliance. Kiev insists the Russian offensive was completely unprovoked and has denied claims it was planning to retake the Donbass by force.