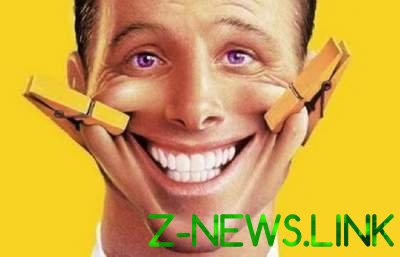 It is important to be able to laugh at themselves.

April 1 is celebrated worldwide international day of laughter. Someone from the Ukrainian politicians know how to joke, some don’t. We have collected the jokes of politicians, as well as a couple of all your favorite “blunders”.

The President of Ukraine Petro Poroshenko likes to joke, right, jokes are always careful. But after one of his mistakes had to make fun of himself. Once Poroshenko misspoke and said “cynical Bandera” instead of ” cynical bandits.”

The next day on the official website of the President of Ukraine in Facebook there was a photo of Peter Poroshenko in the form of a patch “Cynical Bandera”. Thus the President responded to his own stipulation, admitted during a speech.

“While we can make fun of themselves – we are invincible!” – wrote Poroshenko in the caption under the photo.

See also:  In the area of ATO there was a fight: five Ukrainian soldiers were killed 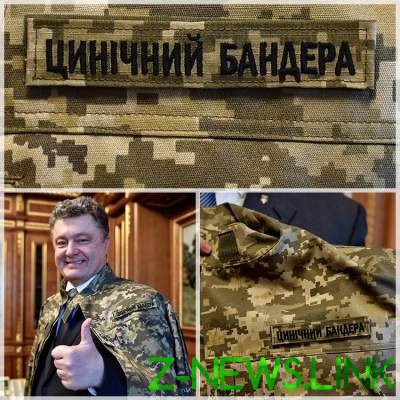 And when the President in a good mood, maybe even dance! So, Petro Poroshenko told an anecdote about how the delegation from Ukraine arrived in Cuba to encourage local residents to start working. Within the anecdote, Cubans could not do this because, according to Poroshenko, as soon as they were 3-5 people, they immediately began to dance the Samba. In the result, it was decided to organize a rally under the slogan “Let’s work! Samba – no!”.

“Once at midnight, Prime Minister Tymoshenko invited me into a conversation. Took me by the hand and started in the dim and huge conference room of the Cabinet probably thought that there is a wire running worse. Then he took my hand and said, “Yuri, you don’t love me”. I said, “Julia, I’m married, just afraid of what will happen next”. Well, of course, humor has not helped. Tymoshenko probed the possibility of our possible political rapprochement,” – laughing, said Lutsenko.

Witty was and Oleksandr Moroz. His sense of humor, however, is extremely peculiar. After the socialist party lost voters and failed to overcome the 3 percent barrier, Alexander Alexandrovich said:

“Why in our brothel, the public is not? Like already and the beds are changed”. – “We have no beds to change, and staff” – one of the anecdotes from the Frost that hints at the need for regime change.