Ukrainian on a Bicycle has traveled to 20 countries in Europe 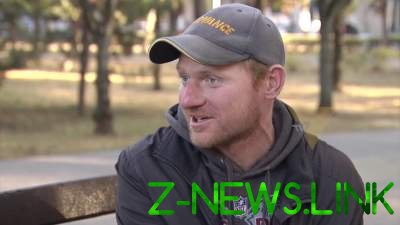 The day he drove almost 300 kilometers.

Locksmith Mariupol 45 days on the bike overcame a 15 000 kilometers. As decided on the bike tour and what surprised traveler in Europe, he told reporters.

Vitaly – mechanic and metallurgical combine. Says, the thirst for travel has appeared in adulthood. First long trip by bike to her grandmother in Ternopil, it was 2010. But when the country got bezviz – geography expanded. In 2017 defeated 7000 miles, drove to Italy. This summer, the man set his personal record.

“I made a year route. I traveled 20 countries,” says the traveler Vitaly will Ivanus.

Poland, Czech Republic, Germany, Switzerland, Liechtenstein and Spain is only a third of the route. The journey of the Ukrainians took place in 20 European countries. The day had covered almost 300 miles, and slept under the open sky.

“To remove the hotel just for Finance is very difficult. At least one night should be 30 euros. I had a sleeping bag, this handbag back. Everything: keys, clothes,” says Vitaly will Ivanus.

Most of the time the man spent on a bike: stopping to eat, sleep and photograph the amazing scenery.

In Europe the traveler was pleasantly surprised by the huge number of people on bicycles. Not only young people! On two-wheeled travel and the retired and the rich.

“Cycling is very developed. Especially in the Netherlands, I liked it. There is generally just cool. I the whole country is going down the bike path,” admits will Ivanus.

Bike trip lasting a month and a half has cost the traveler 900 euros. Now Vitali is considering a new route. Would move out in the next year.