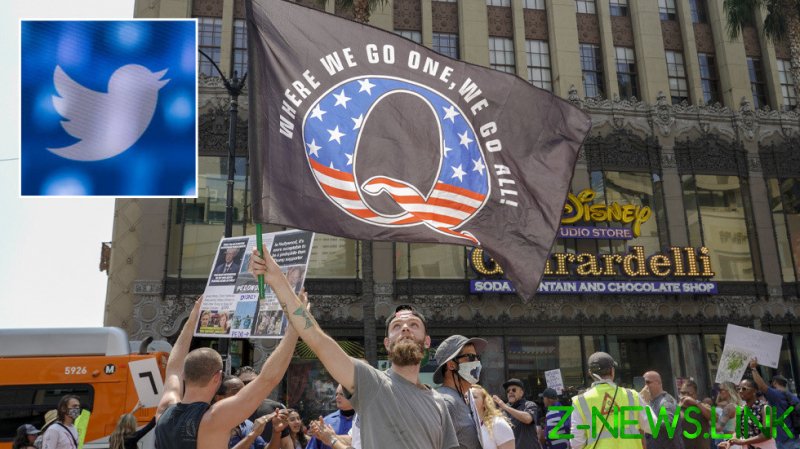 The company has publicly argued that removing the accounts – including those belonging to President Donald Trump, former national security adviser Michael Flynn and Trump campaign lawyer Sidney Powell – is a necessary step to combat “behavior that has the potential to lead to offline harm.”

“Given the violent events in Washington, DC, and increased risk of harm, we began permanently suspending thousands of accounts that were primarily dedicated to sharing QAnon content on Friday afternoon,” a Twitter spokesperson confirmed in a statement on Monday night.

QAnon supporters saw their accounts removed from the site following Twitter’s decision to update its enforcement policies and accuse these individuals of sharing “harmful” content and engaging in the “propagation of this conspiracy theory across the service.”

Former White House press secretary Sarah Huckabee Sanders declared that “the left and their big tech allies only tolerate speech they agree with and repress dissent,” while GOP Representative Matt Gaetz stated: “We cannot live in a world where the terms of service on Twitter are more important than the terms laid out by our Founding Fathers.”

While the total number of accounts removed is more than 70,000, Twitter was quick to add that the figures were inflated, as many of the individuals impacted by the suspensions had multiple accounts.

QAnon is a right-wing movement founded on a conspiracy theory that claims Donald Trump is fighting a secret war against an evil cabal of elites in business, government and the media. The movement has spread from message board 4chan, where it first emerged in 2017, to sites like Facebook and Twitter.