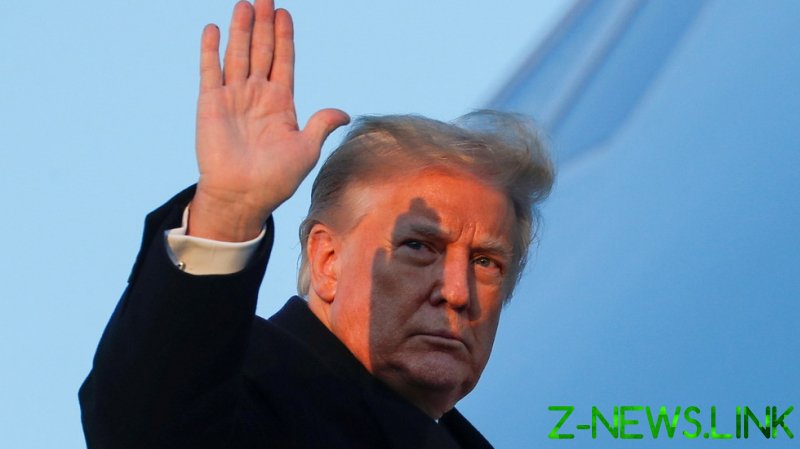 The commander-in-chief denounced Republicans who failed to back his challenges to November’s vote totals as the “Surrender Caucus,” describing them as “weak and ineffective ‘guardians’ of our nation” on Monday via Twitter.

Trump’s continuing insistence that voter fraud stole the presidency has fractured the Republican Party, with establishment stalwarts such as Senate Majority Leader Mitch McConnell (R-Kentucky) urging the president to just concede already, while others applaud him for not backing down.

Eleven senators and senators-elect, including Ted Cruz of Texas and Josh Hawley of Missouri, demanded over the weekend that an electoral commission be set up to perform an “emergency” 10-day vote audit in Pennsylvania, Michigan, Wisconsin, Nevada, Arizona, and Georgia. All of those states went for Biden after showing Trump with a healthy lead on Election Day, supposedly because of late-night surges in mail-in ballots.

The president has been crying foul play since even before Election Day, long insisting mail-in ballots are lousy with fraud, and his fans have rallied to the cry. Hundreds of thousands of Trump supporters are expected to rally in Washington, DC on Wednesday to “stop the steal” and presumably keep Trump in office another four years.

However, Trump’s critics among both the Democrats and the GOP establishment have merely rolled their eyes at more of the same coming from the commander-in-chief, pointing out that his previous legal challenges (and spirited rallies) have accomplished next to nothing.

Trump sued Georgia Secretary of State Brad Raffensperger on Sunday, over a leaked phone call in which he appeared to be requesting that the official ‘find’ 11,780 votes. However, the president’s lawyers claimed the audio was “heavily edited.” Georgia is a political hotspot for Republicans and Democrats alike, with two Senate seats up for grabs on Tuesday. Should both go to the Democrats, Biden and his party will have full control of both chambers of the US Congress – essentially freeing their hands to enact whatever legislation they please.

Trump’s skewering of his less-than-loyal party members was nothing compared to the invective of another pro-Trump politician, however. State Republican Executive Committee chair Terry Harper declared on Sunday that Senator Mitt Romney (R-Utah), an avowed never-Trumper, “should be introduced to our friend Mr. Guillotine” for publicly condemning the president’s “ploy” that “dangerously threatens our Democratic Republic.”