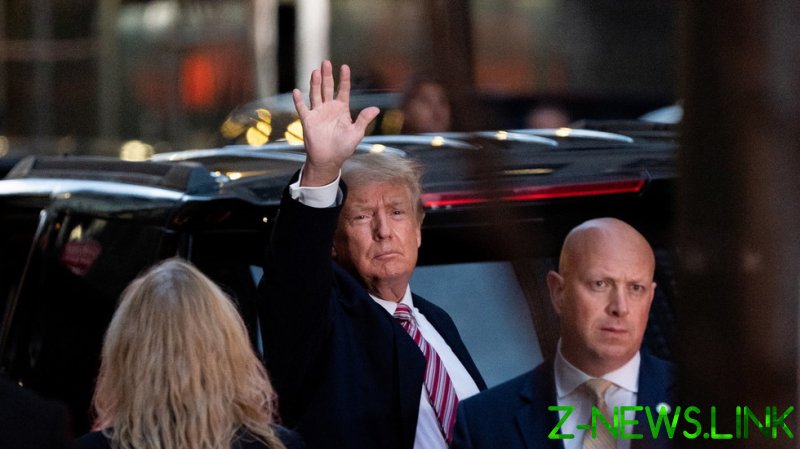 The former president once again blasted the House investigation into January 6, with a Sunday statement asking why that “protest” continues to be investigated, but those who “violently burned down and took over Democrat-run cities” are not, referring to 2020 Black Lives Matter protests in cities like Portland, Oregon.

“If anybody was near the Capitol waving an American flag” on January 6, Trump claims, “they’ve had nothing but trouble” from authorities.

Trump’s statement follows the grand jury indictment of Steve Bannon, his former adviser. He has been held in contempt of Congress for refusing to answer a subpoena to testify about January 6.

In his latest statement, the former president continued to insist the 2020 presidential election was fraudulent, though no court has so far ruled that claims of widespread fraud have been proven.

“American Patriots are not going to allow this subversion of justice to continue,” he said, adding that “innocent people” are having their lives be destroyed by government officials.

“All this, while our Country is going to hell!” the former president wrote in conclusion.

In a follow-up statement, Trump directly addressed the Bannon indictment, warning that Congress is “looking to do it to others,” and referring to the state of the nation under President Joe Biden as a “radicalized mess.”

In a statement released earlier this week, Trump called on supporters to challenge ‘RINO’ Republicans, including Adam Kinzinger and Liz Cheney, both of whom serve on the committee investigating the Capitol riot.