Home / WORLD / Top US general’s talk about a ‘tri-polar world’ is about money, but that doesn’t make it any less true

Top US general’s talk about a ‘tri-polar world’ is about money, but that doesn’t make it any less true 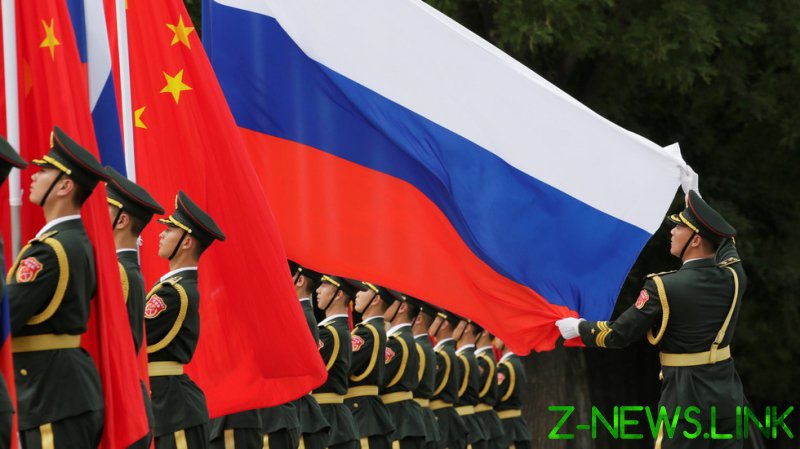 “We’re entering into a tri-polar world with the US, Russia and China being all great powers,” Milley said on Wednesday at the Aspen Security Forum. He explained that the “liberal rules-based world order” established after the Second World War was designed to prevent a war between great powers, and that the US will have to “put a premium” on that now.

This amounts to a startling admission from the top US general, as Washington has in the past spoken of Moscow and Beijing as regional powers at best, albeit with nuclear arsenals that present an “existential threat” to the US. Now Milley is calling China a “number one challenge” to the US, in light of the recently reported Chinese hypersonic missile tests.

The simplest explanation for this is the old adage, “follow the money.” Milley himself spoke at Aspen of robotics, artificial intelligence and precision munitions amounting to a “fundamental change in the character of war” of the sort tanks, airplanes and radio created in between the two world wars. Translation: the US has to spend more, much more, on new high-tech weaponry.

Milley’s words are music to the ears of the US military-industrial complex, which loves these kinds of boondoggles. Throughout the “war on terror” they’ve complained about having a hard time selling the Pentagon on technologically advanced major weapons systems, while US grunts on the ground bled to death by a thousand cuts.

After the disastrous defeat in Afghanistan and the loss of everything “invested” there over the past 20 years, the US Congress actually increased the “defense” budget, but the military is still complaining it doesn’t have enough money. Simply put, the Pentagon is a five-sided black hole that sucks in American taxpayers’ livelihoods the way a singularity traps light.

Why have rugged but cheap role-specific fighters when one can sell the absolute dog that is the F-35 for trillions? Instead of boring but effective frigates, the MIC built expensive but useless “Littoral Combat Ships” and sci-fi stealth destroyers with no guns. No wonder the US Army feels it’s not ready to fight.

Even if all this technology actually worked as intended, it seems the US military has another problem altogether. Its generals and admirals, Milley included, are obsessed with “woke” ideology and race and gender “diversity,” purging anyone who dares disagree.

Just last month, the Marine lieutenant-colonel who was in charge of an Advanced Infantry Training battalion ended up court-martialed for publicly demanding accountability from the leadership over the botched Afghanistan evacuation. A few weeks later, the British Royal Marines “dominated” their US counterparts during a major exercise hosted by USMC. A complete coincidence, surely.

As Milley spoke, the Pentagon announced its estimates of the Chinese nuclear arsenal had “sharply increased,” adding that Beijing might have as many as 1,000 warheads by 2030. Translation: the US needs more money for an atomic arms race. Contrast that with the Chinese approach, summed up by Hu Xijin, editor-in-chief of state-backed daily Global Times.

“I know the US can destroy China 10 times, but we will MAKE SURE we have full capability to destroy the US once,” he tweeted recently. Because, when it comes to nuclear weapons, that’s more than good enough.

Back in September, a book revealed that Milley had called his PLA counterpart, General Li Zuocheng – both before the 2020 election and after the January 6 Capitol riot – to reassure him about American democracy. The general was even said to have told Li he would call him with a warning before any US attack.

Now that China has reportedly tested hypersonic missiles that the US has no defenses against, it looks like it might be up to General Li to make that call instead.