Home / WORLD / Top economic policy voice under Obama & Clinton says $2,000 stimulus checks could OVERHEAT economy… and even $600 is too much

Top economic policy voice under Obama & Clinton says $2,000 stimulus checks could OVERHEAT economy… and even $600 is too much 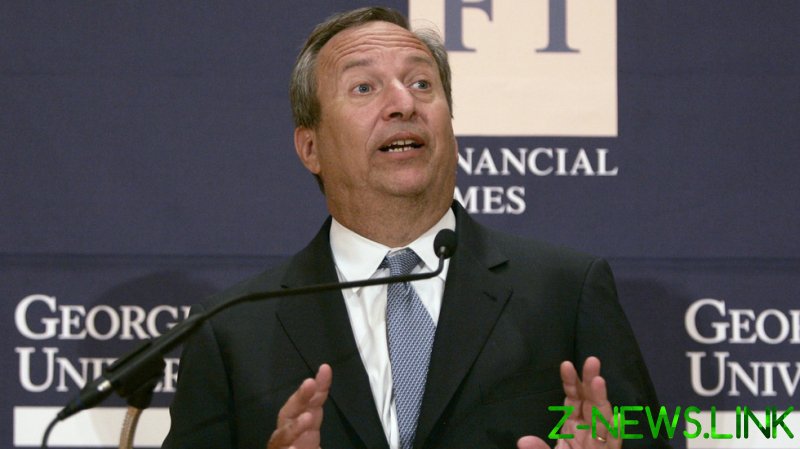 “I’m not even sure I’m so enthusiastic about the $600 checks, and I think taking them to $2,000 would actually be a pretty serious mistake that would risk a temporary overheat,” Summers said Thursday in a Bloomberg TV interview. The former Harvard University president added that he would like to see more money allocated to bail out financially troubled local governments, but promoting consumer spending shouldn’t be a priority.

Summers made his comments as some lawmakers on both sides of the aisle worked to increase payouts to consumers to $2,000, rather than the $600 called for in the latest Covid-19 relief legislation. President Donald Trump on Tuesday night called the current bill a “disgrace” and said stimulus checks should be $2,000. Conservative Republican Senator Josh Hawley and far-left Democrat Senator Bernie Sanders are among the proponents of larger payouts to Americans.

“I have to say that when you see the two extremes agreeing, you can almost be certain that something crazy is in the air,” Summers said. “And so when I see a coalition of Josh Hawley, Bernie Sanders and Donald Trump getting behind an idea, I think that’s time to run for cover.”

Summers was a World Bank economist before joining President Bill Clinton’s administration in 1993. He was named Clinton’s Treasury secretary in 1999, and he was director of the National Economic Council under President Barack Obama.

“Careful everyone,” a self-described trade unionist tweeted. “This Clinton administration alumnus is worried that the inflation god is going to strike us down all of a sudden. Funny how austerity is firmly back on the Dem agenda immediately when one of them gets into office.”

Progressives already are smarting from watching Joe Biden gradually backtrack on such issues as forgiveness of college debt and criminal-justice reform ever since the November 3 election. His conservative message on stimulus checks only worsened the mood.

“Try to put yourself in the shoes of a working-class person who has only experienced greater financial hardship in recent decades while the rich have gotten richer,” Sanders campaign manager Faiz Shakir said. “And then listen to this (Summers) to understand why Democrats have lost many working-class voters to Republicans.”

Civil-rights blogger Ben Spielberg said Summers is aligning himself with Senate Majority Leader Mitch McConnell and other Republicans who have resisted even $600 stimulus checks. He is “against sending even $600 in cash assistance to millions of people who are suffering during a pandemic while arguing that Bernie Sanders is an extremist.”

Another observer tweeted that the Democratic and Republican parties are the same ideologically: “Both preside over a militarized democracy that uses Americans to service the oligarchy, mega-corporations and the military industrial complex.”