Home / policy / To leave without going: that means the beginning of the transit of Vladimir Putin 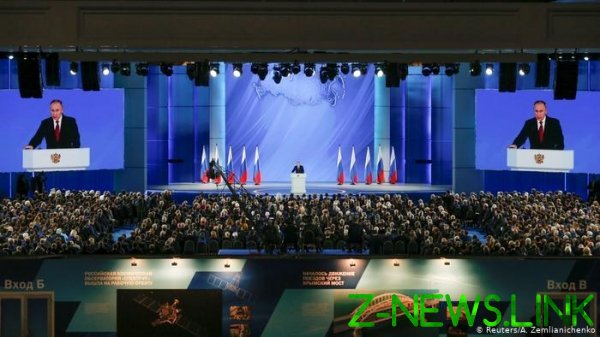 For lunch the country serves a new political scenario for the future, and the dinner for the new Prime Minister of Russia. So if these radical changes as it seems? Meet famous Russian scientists and economists.

Wednesday, January 15, in Russia one after another, there were two resonant political events – the announcement of changes in the Constitution during the President’s address to the Federal Assembly and the subsequent resignation of the government and its head Dmitry Medvedev.

In fact, Vladimir Putin announced the beginning of the process of transit, certain respondents DW politicians. “It’s like “Kazakh” scenario, that is, a distribution of presidential powers between collective bodies and the opportunity for former President to keep an honorary title, while associated with the staffing of the authority,” – said DW analyst Ekaterina Shulman. However, she said that the proposed constitutional changes are hardly radical, as they do not greatly alter the composition of the political system.

“It is clear that in the Kremlin study different ways to keep Putin in power. This variant of the Union state, and the emergence of a new constitutional body, and the redistribution of powers between the President and the government. In this sense, the message is a trial balloon, as a society will treat this”, – said Andrei Nechayev, economist, Chairman of the “Civil initiatives”.

It is absolutely not obvious that the claimed system reinforced the state Duma, the Federation Council and the new status of the state Council will remain for a long time. Most likely it is only temporary, need for transit, said political analyst Alexander Kynev. “A system where a President and a number of institutions, which would limit presidential power can exist only in conditions of a rigid personal regime, – says the expert. Without mediator, which all could be United, it won’t work. That’s why it may only be temporary – that Putin could leave without leaving. And the time may not be stable and sturdy. The government will fight for their safety, and 2021 will be very difficult for society”.

The transit of Putin and the dissolution of the government – where is the logic?

That immediately after Putin’s words about the reform of the Constitution, Dmitry Medvedev resigned and dissolved the government, there is no logic, believe the scientists. Reformat the system of power did not presuppose the disappearance of her Medvedev. “He could quite easily wait until all decisions from the President’s address will be taken,” – said Kanev.

He is convinced that the two news one day announced knowingly: “This is a technology of power – to hold the key decisions in the special operation mode. Differently we do not know. So it was with pension reform, the attention which was distracted by the world Cup, or the beginning of the annexation of the Crimea right after the Olympics”.

“I don’t think the departure of Medvedev – it is a volitional act and his initiative, – says Mikhail Vinogradov, a political analyst, the President of Fund “the Petersburg policy”. Rather, it is a signal of design new design, in which Medvedev hopes to play a role.” But directly it is not tied to national projects nor to the content of the message, the expert believes.

Medvedev – all, and Mishustin is Putin’s successor?

Care of the Medvedev government, of course, indicates that within Putin’s entourage there has been movement. But not as obvious as it might seem from the outside.

“Now everyone will think that the new Prime Minister Mishustin is the successor of Putin. But I would not say this right now. All members of the ruling elite, starting at a specific floor, similar to each other and to some extent interchangeable,” says Shulman.

According to Alexander Kanev, the President is looking for a balance of different pieces that will allow you to save the political situation: “it is Clear that the rating of Medvedev is very low and rehabilitate by the year 2021 impossible. This figure, for a long time causing a massive disappointment”.

And although Medvedev found public figure to replace to the elections, we cannot say that Medvedev charged to the end, certain respondents DW experts. “The security Council is a very interesting structure, which in recent years, increasing its presence in the legislative work,” – said Shulman.

Social issues remained in the background

On the background of expressed changes completely when it lost social agenda. “This part of Putin’s message had been,” – said Kanev.

The fact that the President has returned to the social issues and “did not show the cartoons with missiles,” is welcome, says economist and Director of regional program of Independent Institute for social development Natalia Zubarevich.

“It is particularly important I think the statement about the extension of support for low-income families with children. Because among the 20 million poor people in Russia, the main part is the children,” – said the expert. However, from the message it is not clear whose budget is to allocate money: “If everything will fall on the budget of the Federation, then that would make Kalmykia, Tyva, Dagestan, where the share of children in the population is higher and it is this problem most acute? They just will not cope with such measures.”

For the rest of the population, not technically poor, the signal of the President is quite clear – the rescue of drowning the handiwork of drowning, he said.