‘These patriots did nothing wrong’: Trump defends MAGA caravan that ‘surrounded & harassed’ Biden bus in Texas amid FBI probe 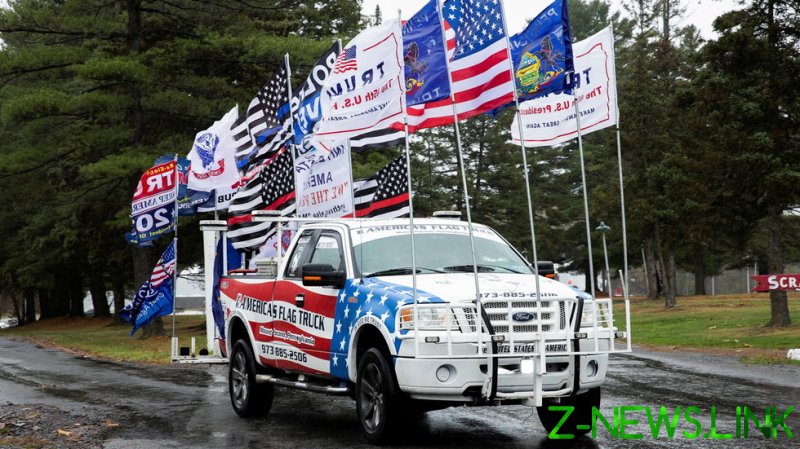 “In my opinion, these patriots did nothing wrong,” Trump said in a tweet on Sunday night, tripling down on his praise for pickup-driving supporters who surrounded a Biden-Harris campaign bus as it passed through central Texas on Friday.

In a brief statement, FBI San Antonio confirmed it was “aware of the incident and investigating,” adding that “no further information is available at this time.”

Addressing a rally in Michigan earlier on Sunday, Trump trolled Biden supporters by saying that these fine people were simply “protecting his bus yesterday because they’re nice.” Previously, Trump posted a video of the caravan, saying: “I love Texas!”

One of many videos posted of the pro-Trump group showed a black pickup pushing a white sport-utility vehicle, which was straddling two lanes of traffic, out from behind the Biden-Harris bus.

Forced to cancel their events in Texas, the Biden campaign condemned pro-Trump activists for putting their“staff, surrogates, supporters, and others in harm’s way.”