Home / policy / The U.S. Senate will consider a draft resolution on the Crimea

The U.S. Senate will consider a draft resolution on the Crimea

The document contains a call to the US authorities never recognize the illegal annexation of the Peninsula.

In the U.S. Senate introduced a draft resolution, which condemns the illegal attempts of Russia to occupy the Crimea. About it the Ukrainian Embassy in the USA reported in Facebook.

The document specified that Crimea is part of Ukraine’s sovereign territory, and U.S. policy should be to counter attempts to change the status, demographic map, or the political nature of the Peninsula.

Additionally, the resolution condemns the facts of violation of human rights in Crimea and stressed Russia’s responsibility for these crimes.

The senators also urge the U.S. government to continue to apply the policy of sanctions against Russia. 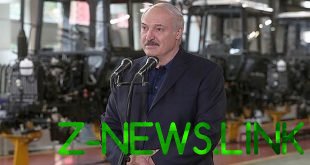 More than 17 thousand people in St. Petersburg from may 1 to July 7, was …