Home / Society / The truth about the theft in the Soviet Union.

The truth about the theft in the Soviet Union. 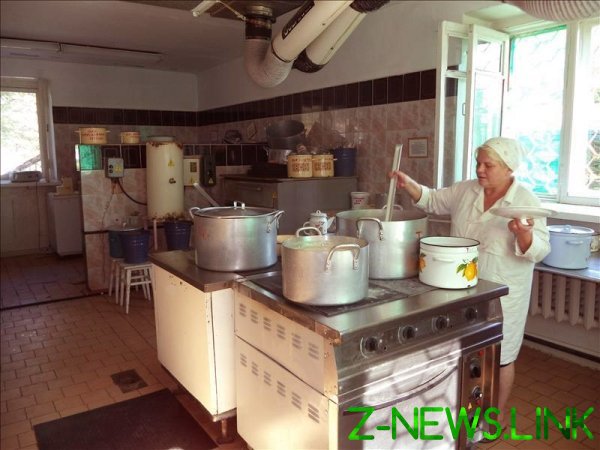 There are many fans of the USSR periodically cry out in the comments that the Scoop was the only honest and decent people who never took another, doors were not even locked the locks, and the keys were kept under doormats. On account of the doors will not argue — is really practiced in small towns and just in closed communities where people know each other knew where almost did not happen “strangers”, and where, in fact, wasn’t much to steal besides a few sets of linen, two or three sets of old stuff in the pantry.

As for actually stealing something at the household level in the USSR, it exists everywhere, but among themselves of home thieves actually “theft” was not considered.Of course, to steal money or say there jewelry was real theft, besides falling under the relevant article of the criminal code, but for example to cover up in the store or to change the composition of food in catering, to bring the factory a couple of bearings, to pour twenty litres Solarium in the carpool is met very often and were not considered something shameful.

Why is this happening? First, widespread poverty, still spread over all strata of society. Secondly — because of the General scarcity of necessary goods and services. Pads for sanitary ware has always been “my” mechanic (which he stole somewhere in the warehouse), we need spare parts for the car (which was not in the automobile) miraculously were in “their” mechanic. We can say that such “petty corruption” is almost inevitable in poor countries, while in society it is not considered something shameful — people just survive as best they can.

And the third reason this theft is the absence of private ownership as such, in the broadest sense of the word. The phrase “all around collective, all around no one’s” very well describes the situation of those years — to take “draws” wood or “nobody” scrap was considered almost the norm and it seems like not even theft.

So, today’s post is a big and interesting story on how and what to steal in the USSR. Make sure you check out the article below, write in the comments your opinion, well to friends to add do not forget)

Theft in the Soviet catering. 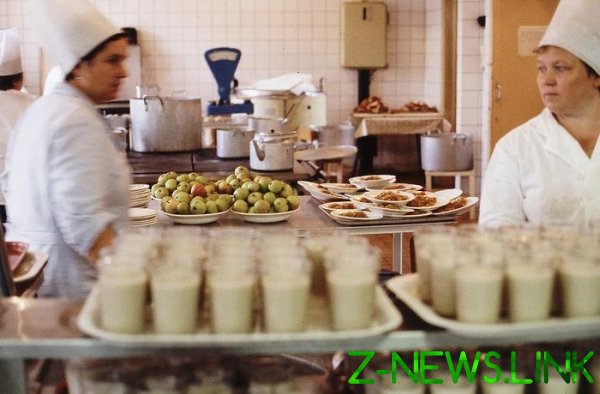 Perhaps to steal in the Soviet public catering was the easiest from the point of view that the thief was not so easy a catch hand. For example, sour cream diluted yogurt, taking away the remnants of myself, yogurt diluted with milk. The milk itself is also stolen, and very ingenious — that the milk is not spoiled, it added to the baking soda, taking the part of milk as “spoiled” and taking her home. Soups are cooked without meat (with the so-called shortenings for visibility meat broth), but the results at the plate were placed a piece of meat. By the way, similar things still do in some semi-abandoned “public” dining rooms, where in some sense still left the USSR.

See also:  Ukrtelecom think about increase of tariffs for communication

The individual way to steal tea. As you know, in the Soviet canteens “tea” prepared in a large aluminum pans that had put a certain number of welding (often cheap tea “Georgian”). A large part of the welding slept so to speak “for himself,” and a pot of tea was added burnt sugar, leaving for the night on a small fire. The result was a dark brown liquid with almost no smell of tea. 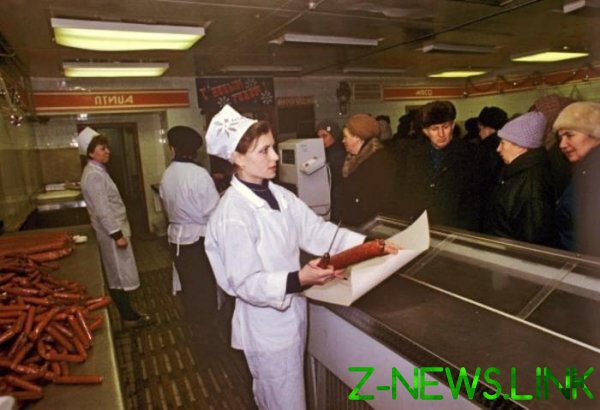 In principle, everything was like a theft in the dining halls, but there were nuances. For example, the Soviet guests described the norms for shrinkage and shrinkage of the goods, the traffickers used them to the maximum, even if the goods are not “Wasilla” — the rest just stole. Very often more or less high-quality foods (meat, sausage) sold “under the counter” for “their”, but a little more expensive than the selling retail price and the difference obtained was placed in a pocket.

Stealing also and markets, obveshivaya buyers (which used an ingenious system of magnets and hidden weights). The phenomenon was so massive that the markets were ubiquitous so-called “control scales”.

Cheating in the stores of manufactured goods. 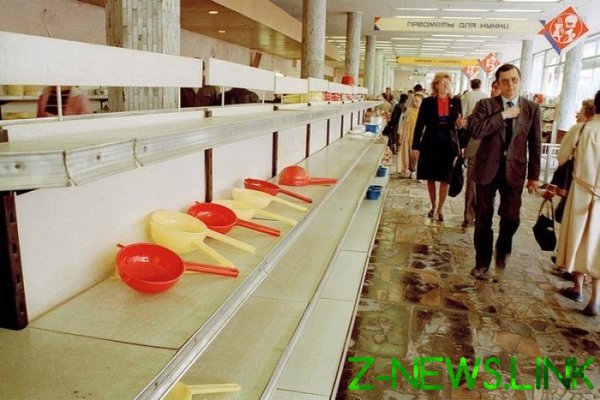 Everything happened in a similar way — quality and scarce products that suddenly went on sale, sold just as “under the counter” for some greater cost. From a legal point of view, everything was perfectly clean — that product, that buyer, here’s a check, that’s money in the till. “See” by checking what the clerk put in his pocket the “profit”, there was no way.

In addition, Soviet trade good profit and all auditors/inspectors, who are often small (and sometimes not) bribe a blind eye to petty (and sometimes not) violations. Here also we should say that corruption communications in the Soviet trade took years to build, and corrupt the network consisted of often hundreds of participants. Now these people are living at that time very bold compared to the rest of the gray mass, very nostalgic for the Soviet Union.

Theft in factories and construction sites. 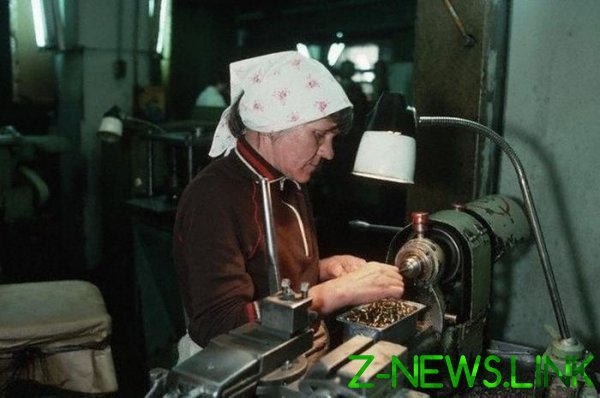 It’s all quite simple — dragged everything that wasn’t nailed down, was not screwed or easy cast/slept from large containers. However, the fact that it was bolted well, first Unscrew and then also stole. The sets of tools, dies for threading, glass, cement, even the bricks — I think many of you remember the garages and balconies, full of all that goodness. Seen in the garage of a neighbor uncle Petit set of the Soviet files in the box? I think it’s store bought)?

See also:  The inhabitants of the Carpathian warned of the danger of avalanches

Carried all that stuff through the checkpoints, or just tossed over the fence, which often involved accomplices. Once on the Internet I found a manual on how to properly make under the cloak of the propeller shaft for a vehicle using spetsialnogo counterweight)

Implemented all stolen either directly for money or by barter for specific goods or services.

Drivers with the depot, tractor drivers. 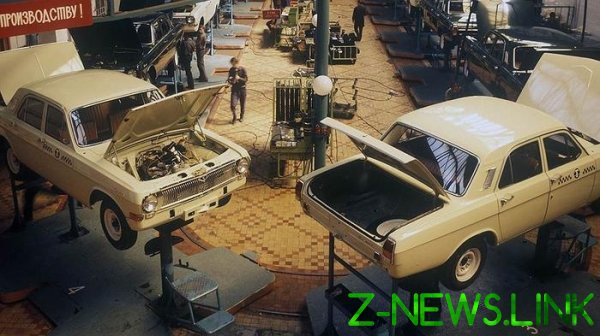 These were stealing gasoline and Solarium (classic), as well as parts and body paint. Taxi drivers often steal money, just not including a counter for the trip. In addition, in late years, taxi drivers were often involved in petty crime such prostitutes and illegal sellers of alcohol (banned Gorbachev’s “dry law”). 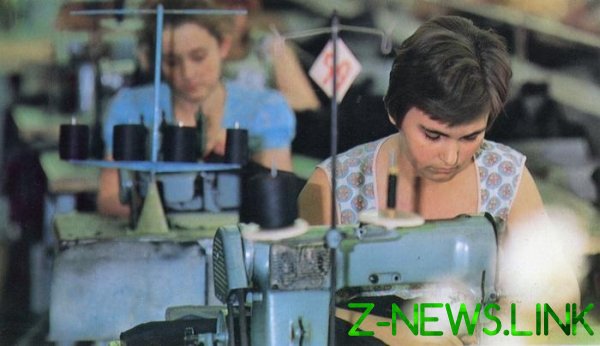 Remember the phrase from “the Twelve chairs” that the whole smuggling is made in Odessa, on little Arnaut street? In principle, this phrase is applicable to much “company” that was done in secret in the Soviet Union — in the Soviet Union there were whole shadow sewing production of a particular “brand” of clothing that has earned benalouane capital. Consider yourself branded jeans “Montana” in the USSR was worth 200 rubles (more than one average wage), homemade jeans “under Montana” from the fabric easier you can easily sell for 100-120 roubles — huge for those times money.

Sewed all of these things are often stolen, written off or any unaccounted material — what was the involved high-ranking people up to the Directors of the worsted mills. From time to time such schemes have covered about some of the cases even the press wrote but I am sure that the unaccounted/undisclosed schemes was more than 10 times.

In General, as you can see, “honest Soviet citizens” were not so honest — in the Soviet Union was a fairly massive household theft, which was permeated all strata of society. Can I blame it on Soviet citizens? Yes and no — a considerable share of responsibility I would put on the Soviet system, which total poverty and Delfim forced people to survive and to spin.

Do you remember any incidents of household theft from the USSR?