Home / economy / The slowdown in the real DB has turned into fall, and the pace of this fall … -at…

The slowdown in the real DB has turned into fall, and the pace of this fall … -at…

The monetary base – the failure deepens

The broad monetary base as of July 1 5.7% less than a year ago. But adjusted for inflation it fell even more, by 9.9%. The crisis continues to deepen.

The nominal monetary base 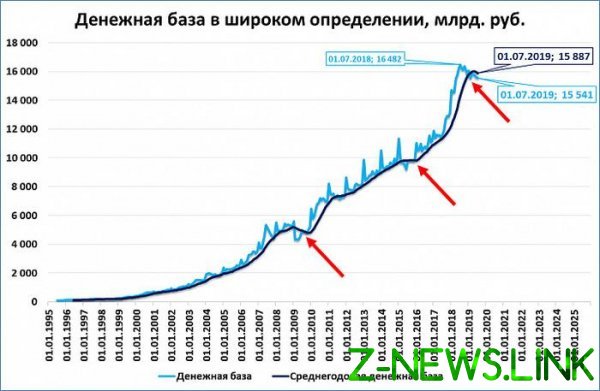 Now DB repeats the dynamics of the crisis 2008 and 2015: it fell below its annual average (blue line on the chart below the blue 1). 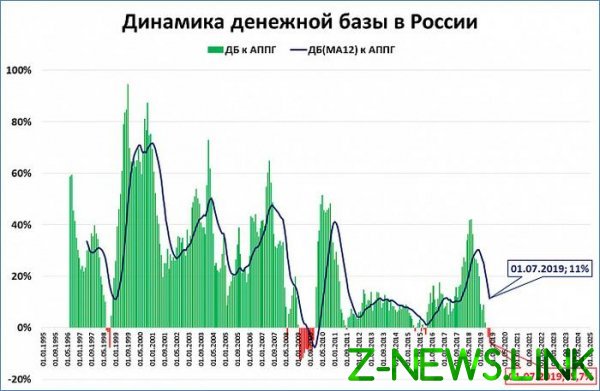 The nominal monetary base noticed. In particular, the Russian presidential aide Andrei Belousov said that “we “pinched” DCT (monetary policy – a comment. TASS), including what falls from us, the broad monetary base – it began to fall at the end of last year, which never was, in nominal terms, the decline came” (quoted by TASS).

See also:  In China man, after a quarrel with his wife, turned the bus

One only has to amend: the monetary base falls after reaching a maximum of exactly one year ago on July 1, 2018. In annual terms, the nominal decline began three months ago, as of may 1.

The real monetary base

Even stronger impact on the real economy the monetary base that is adjusted for inflation.

Even the economically unsophisticated person it is clear: if the monetary base has increased, say by 10%, but prices also rose by 10%, the monetary base growth are insignificant, the whole gains money “eat” inflation.

Therefore, the real monetary base very well explains why the economy grew well in the years 1999-2008, and then stagnated until today. 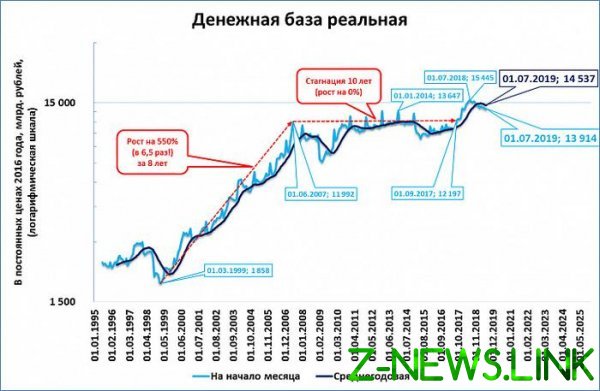 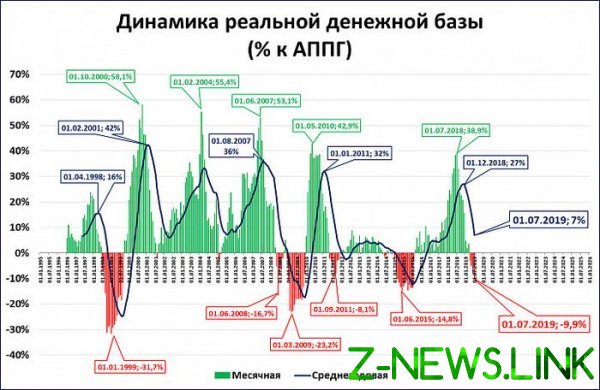 The rate of decline more and more.

When the real monetary base was still growing, but its growth slowed sharply, the danger of the approaching crisis was very clear (see “the Monetary base portends a crisis”).

Then, in February 2019, so there was still hope that the Central Bank will correct the situation. Quote:

Alas, the Central Bank measures are not adopted, and the situation since then has only gotten worse. The slowdown in the real DB has turned into fall, and the rate of falling all grown up. 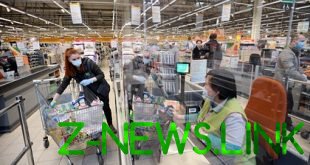