Home / Game / The published system requirements for The Evil Within 2

The published system requirements for The Evil Within 2 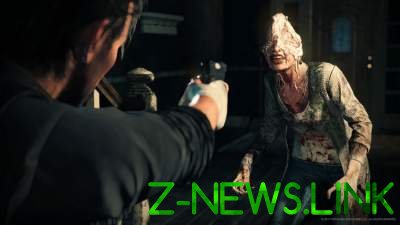 Premiere of The Evil Within 2 will be on PS4, Xbox One and PC on October 13.

In preparation for the release of horror The Evil Within 2, which will take place next week, publisher Bethesda Softworks announced the system requirements.

Alas, it is not clear which settings you can play with a particular configuration — is that Bethesda did not even specify whether guarantees recommended configuration frequency of 60 fps at 1080p resolution. Note that The Evil Within 2 is developed by Studio Tango Gameworks on the game engine, STEM, heavily modified version of id Tech 5. Anyway, the minimum configuration is as follows:

The authors recommend more efficient PC: will have to get a more powerful processor and double the RAM.

Recall that the premiere of The Evil Within 2, the producer of which is a famous Japanese game designer Shinji Mikami (Shinji Mikami), will be held on PS4, Xbox One and PC on October 13.