Home / policy / The point of no return. The consequences of Putin’s game of doctors will hit every citizen of the former energy superpower

The point of no return. The consequences of Putin’s game of doctors will hit every citizen of the former energy superpower 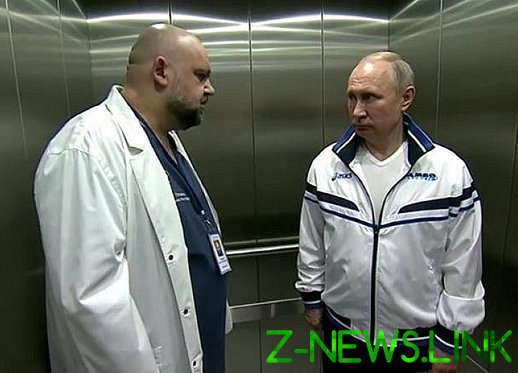 Sending the population to quarantine, “the Kremlin” time reduced the already declining in recent years, the income of ordinary citizens. According to independent economists, while the extension of quarantine measures while the economy very quickly pass the “point of no return.” Even a three-month regimen of “self-isolation” will cause economic damage comparable to the notion of social stability.

Even after a month of quarantine and while many enterprises of small and medium businesses were forced to reduce staff, some of them even closed. As for state employees whose salary is supposedly guaranteed, they in most cases pay the bare salary, without bonuses, which can amount to half or more of their total income. All of this naturally leads to an increase of social tension and dissatisfaction with the actions of the authorities.

While the prospects for the Russian economy look farther away, the more doubtful. The country’s GDP will shrink by 5% in a scenario with quarantine restrictions for a period of 2-3 months. In the case of a 6-month isolation falling while GDP is expected to reach 21%. Incomes in the first case will be reduced by 6% in the second – already at 15%. This, of course, average figures, which means that someone’s income will fall three times, and someone is left without a livelihood when the availability of credit and mortgages, payment for which has not been canceled and, of course, will never be canceled.

According to the economists, the reduction potential of employment is in a scenario with quarantine for 2-3 months 4.5 million people to 14 million people in the quarantine script for 6 months. But even in that case, if quarantine measures will be introduced before the end of may, and without having breathing its last and while the economy will suffer, to put it mildly, very considerable damage. And it’s not just the falling incomes of ordinary citizens in the Russian Federation growing crisis of arrears, which may deprive the existing banking system a significant part of the income and require extraordinary support package. In other words, liberal-KGB state simply has no money to provide the country.

In fact, Russia remains on the verge of a serious banking crisis. No income loans would undermine the revenue base of banks, their profit, product development and branch network. In addition, under the new conditions it will be impossible to assess the creditworthiness of borrowers, and thus banks will not be able to issue new loans. Of course, investors who are not particularly invested in the Russian economy in these conditions and you can forget all.

It is obvious that the reasons is not only “quarantine” and provoked “the Kremlin” the fall in oil prices. The Russian economy was in stagnation for the last 20 years. But from about 2010 incomes ceased to grow. And all this occurred against the backdrop of annual output around Putin outside the Russian Federation trillion dollars. While the authorities and admitted to the trough person plundered the country, the population used to live in a poor stability. But never used, as it is impossible by definition.

Predictable, even after short-term isolation, the decline of GDP and incomes will be of a truly dramatic character. As they say business representatives, economists-theorists who build the forecasts, their estimates are still rather reserved and optimistic. In fact, Russia’s GDP will shrink by 15% and two months of quarantine. And income of population will decrease by 50% in the case of quarantine for up to three months and 80% in a situation of quarantine for about six months. The potential reduction of employment in a scenario with quarantine for two to three months will be about 15 million people. So the “tipping point” could come much sooner, and the consequences of Putin’s “playing doctor” will strike hard, in fact, each citizen of the former “energy superpower”.