‘The people of China have spoken’: Beijing urges release of Huawei executive as 6 million petition Canada to drop extradition case 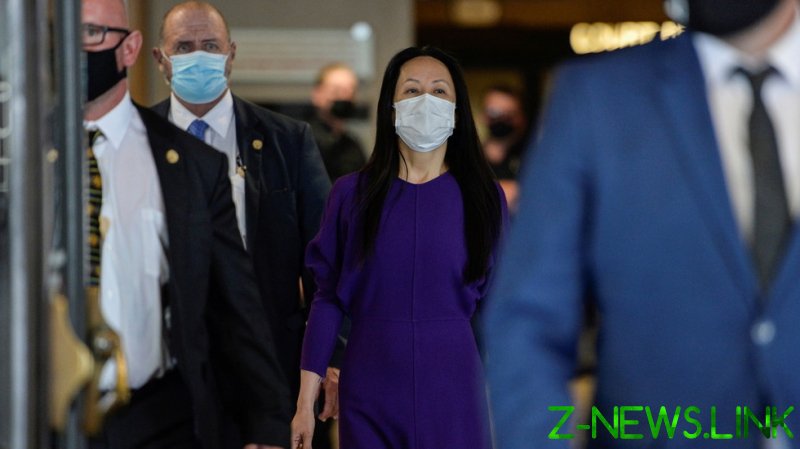 The spokeswoman, citing a Global Times petition, said that in less than 24 hours, 3.5 million people have put their name to an open letter to the Canadian ambassador to China, demanding Meng’s release. The number of signatories has now reached six million.

“The people of China have spoken. I hope Canada can hear it,” Hua stated, adding that she hoped Ottawa would “listen carefully to these calls for justice, show the courage of independence and release Meng.”

The spokeswoman restated China’s opposition to Meng’s detention, which will reach 1,000 days on August 26. She claimed that there was no legal basis for Meng’s arrest, adding that it was purely political.

“The real purpose was to suppress China’s high-tech enterprises and obstruct the development of China’s science and technology.” She added that Canada has acted as an accomplice of the US and therefore “bears an inescapable responsibility.”

On Wednesday, a two-and-a-half-year legal process was wrapped up, leaving the fate of Meng in the hands of a British Columbia judge, although a verdict may take months to reach. The telecoms professional, who is being held in Vancouver, faces extradition to the US, where she is accused of criminal charges concerning violating US trade sanctions on Iran.

Meng is the daughter of Huawei’s founder, Ren Zhengfei, and was detained in December 2018 as she passed through Vancouver Airport on the way to Mexico City.

Last week, Beijing scolded Canadian Prime Minister Justin Trudeau after Chinese courts elected to uphold the death penalty for a Canadian drug smuggler and sentenced a former diplomat to 11 years in jail for espionage. Trudeau called the rulings “absolutely unacceptable and unjust,” but China retorted “foreigners are not above the law.”