Home / WORLD / ‘The Nutcracker’: How Tchaikovsky created one of the world’s most famous ballets

‘The Nutcracker’: How Tchaikovsky created one of the world’s most famous ballets 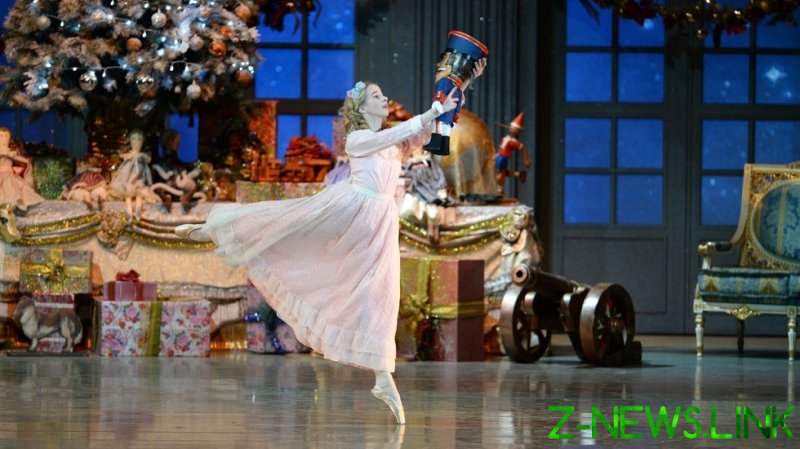 This year, ‘The Nutcracker’ marked its 130th anniversary. It is widely acknowledged that this masterpiece, set to the music of Russian composer Pyotr Ilyich Tchaikovsky is the most famous ballet in the world. Indeed, it’s hard to imagine any Christmas or New Year celebration without the universally known tunes of the Dance of the Sugar-Plum Fairy or the Russian Dance. So, it’s amazing that, when first presented to the public, ‘The Nutcracker’ was met with quite an icy welcome.

“Get rid of the ballet”

Work on ‘The Nutcracker’ did not come easily for Tchaikovsky. In 1890, he received an order for a one-act opera and two-act ballet from the director of the Imperial Theatre (currently the Mariinsky Theatre in St. Petersburg) Ivan Vsevolozhsky. The next year, Tchaikovsky set to work – and, judging by his letters, it was quite a stressful period for him.

The composer was apparently more engrossed by the opera than the ballet. He chose the Danish play ‘King Rene’s Daughter’ by Henrik Hertz and started to compose an opera titled ‘Iolanta’. In his letters, Tchaikovsky wrote about being “in love” with ‘Iolanta’. He noted how fascinating the work was and that he expected “to make them [the audience] cry.” Meanwhile, he lamented how “tired” he had become of ‘The Nutcracker’ and how he wanted to “get rid” of it.

A scene from ‘The Nutcracker’ at the Mariinsky Theatre in 1892. ©  Sputnik

Tchaikovsky did not choose the plot for the ballet himself – he got the idea from Vsevolozhsky and the Imperial Theatres’ choreographer Marius Petipa. The tale of the Nutcracker was initially written by German Romantic author E.T.A. Hoffmann and first published in 1816. It is a much darker and spookier tale than those who only know the ballet would imagine. In 1844, the French writer Alexandre Dumas re-told the story, making it lighter and more appropriate for children.

Choreographer Marius Petipa, who was French by nationality and didn’t speak German, used the French version for the ballet. In his initial drafts for the libretto, Petipa even wanted to make references to the French Revolution and included the Carmagnole – a song and a dance popular during the French Revolution. Later, however, the concept was changed and any links to the Revolution vanished.

A scene from ‘The Nutcracker’ at the Mariinsky Theatre in 1892. ©  Sputnik

‘Iolanta’ and ‘The Nutcracker’ were both scheduled to be performed in December 1891. However, Tchaikovsky needed more time. In April of that year, he wrote to his brother about a “crisis” he was suffering and revealed that he had asked Vsevolozhsky “not to be angry” with him and let him present the opera and the ballet during the 1892-1893 season. “They think I can sit down and compose an opera in five minutes,” Tchaikovsky exclaimed. In fact, it had been a busy time for the composer. In May of the same year, he traveled to the US and took part in the opening of Carnegie Hall in New York.

An instrument with unique effects

Still, work on ‘The Nutcracker’ encompassed more than just disappointment. During a visit to Paris, Tchaikovsky discovered a brand-new musical instrument called the celesta, which had been invented by Parisian harmonium builder Auguste Mustel and was first used by French composer Ernest Chausson.

“I’d prefer that it [celesta] would not be shown to anyone,” Tchaikovsky wrote in a letter while giving orders about transportation of the instrument to St. Petersburg. “I fear that Rimsky-Korsakov and Glazunov become aware of it and use its unique effects before myself.” It should be noted that the two people mentioned in the letter are very famous Russian composers.

Tchaikovsky used the celesta in the music for the Dance of the Sugar Plum Fairy.

Tchaikovsky recalled that he had finished the draft to his ballet “with feverish haste” and “with constant doubts” in his competence.

I composed the ballet with an effort, feeling a decline in ingenuity.

The composer lamented that ‘The Nutcracker’ is “infinitely worse” than his previous ballet, ‘The Sleeping Beauty’.

In 1892, Petipa handed over the work on ‘The Nutcracker’ to assistant ballet master Lev Ivanov, who completed the choreography. The ballet was presented in December and elicited very mixed reactions. Critics called it “childish” and “boring” and also lashed out at the “lack of sense.”

Still, the ballet remained in the repertory and eventually moved beyond St. Petersburg. In 1919, ‘The Nutcracker’ was staged at the Bolshoi Theatre in Moscow for the first time. It subsequently underwent numerous transformations, with every new version slightly altering the tale. Many critics believe that one of the most successful versions of ‘The Nutcracker’ was staged by the long-time artistic director of the Bolshoi Theatr, Yuri Grigorovich, in 1966. This version is still running at the Bolshoi and procuring a ticket to a performance during the New Year season is a daunting task.

As for the Mariinsky Theatre, the version of ‘The Nutcracker’ created by Vasily Vainonen in 1934 is still performed on the historical stage, while the venue’s new stage shows a modern version created by artist Mikhail Chemiakin and choreographer Kirill Simonov.

The latter adaptation is a bit darker than the traditional interpretation. The Grigorovich and Vainonen versions are sweet fairy tales in which a young girl Marie (sometimes called by her Russian name Masha, or Clara in other versions) falls asleep and dreams that she joins the Nutcracker’s battle against an army of mice. The Nutcracker is then transformed into a prince, who takes Marie to the kingdom of sweets. The version by Chemiakin and Simonov, however, presents a story of a lonely child misunderstood by the adults. Masha tries to escape in her imagination and at the end of her journey with the Nutcracker, she turns into a sugar figurine on a giant cake.

‘The Nutcracker’ across the world

Audiences abroad were introduced to ‘The Nutcracker’ only in the 20th century. Initially, only fragments of the ballet were performed by world-famous ballerina Anna Pavlova and her troupe, as well as by the members of Sergey Diaghilev’s Ballets Russes company. The trailblazing Diaghilev came upon the idea of mounting a traditional ballet that could be a long-running blockbuster, with the aim of bolstering his perpetually desperate finances, but he staked his bet on a different Tchaikovsky ballet: ‘The Sleeping Beauty’. His production did not succeed. His protégé George Balanchine, however, would achieve just such a cash cow with ‘The Nutcracker’.

Prior to Balanchine, meanwhile, in 1934, ‘The Nutcracker’ was staged in London by Nicholas Sergeyev, a choreographer who fled the country during the Russian Revolution. The version currently performed by the Royal Ballet is Peter Wright’s from 1984, which closely follows the tradition of Lev Ivanov’s original choreography.

In the US, it was the Balanchine version of the ‘The Nutcracker’ from 1954 that became a true sensation. This was actually not the first version of the ballet to be seen on American soil: in 1944, it was staged by William Christensen for the San Francisco Ballet. But it was Balanchine’s version that turned ‘The Nutcracker’ into a hit that is now performed every year all across the country with overwhelming success. In 1993, this version was used for the Christmas movie featuring ‘Home Alone’ star Macaulay Culkin as the Nutcracker.

Despite all the success and a more than century-long history, ‘The Nutcracker’ has joined the ranks of classical works of art that have recently suffered from ‘cancel culture’. In 2021, Berlin State Ballet scrapped the ballet from its Christmas repertoire amid concerns over the Chinese and Oriental dances. It was feared that the performance contained “racist elements.” The same year, Scottish Ballet also decided to tackle what it called “inappropriate cultural stereotypes.” With this aim, the company updated the costumes and choreography in the Chinese- and Arabian-inspired scenes to “remove elements of caricature.”

Still, despite the conflicts and obstacles, ‘The Nutcracker’ doesn’t seem likely to vanish from the stages across the world anytime soon. What is the secret behind its success? Fyodor Lopukhov, an important early Soviet choreographer who is credited with preserving much of the classical ballet heritage following the Revolution, explained it this way: “‘The Nutcracker’ is very complicated. The problem is not about how to perform the story, but how to interpret it. You should plunge into the depths. Otherwise you’ll fail.”