Home / Society / The myth that “in the USSR everything was healthy”

The myth that “in the USSR everything was healthy”

So, friends — today will be an interesting post exposing another myth of the lovers of the Soviet Union, which roams from forum to forum and from blog to blog — ostensibly in the USSR all people were healthy, almost never sick, and lived a very long time, almost a hundred years — no match for modern. “And now what? GMO ate at the computer his back is messed up, sit on a bench and dominoes to play at the entrance did not work — here health no no!” — act review fans the scoop with their tales.

In fact, it was exactly the opposite — the average health of the average person in the USSR was much worse than in our days — and this is due to many factors, which I will tell you in today’s post, putting them in several sections of the post.

So in today’s post — exposing a myth about some “special health” of people in the USSR. Make sure you check out the article below, write in the comments your opinion, well to friends to add do not forget)

To begin with, which is almost the main (at least, one of the main) factors for health — nutrition. Proper nutrition is very important to maintain the right balance of fat and muscle in the body — even if you every day do athletic gymnastics, but it is properly nourished, there will be no use — any coach will tell you that diet is about 50% of the importance in achieving a normal physique workout is only 25%, and 25% the mode of the day.

So, in the scoop with more or less proper nutrition, it was very bad. The average Soviet person eating enough protein as normal meat and fish were scarce, even ordinary chicken (which is free sold in any third world countries) would not get it, not to mention some sort of seafood- they did not exist. Deficit were normal vegetables/fruits — something more or less fresh was only available in summer, whereas in winter, the cucumbers and tomatoes for many months were gone from the stores — that’s why all the scoop was engaged in the “conserves”, rolling with the summer in three-liter cans of tomatoes and cucumbers.

Instead, the table of the average Soviet citizen was over the whole so-called “slow carbs” — lots of all kinds of cereals, pasta, bread, potatoes and products of their test. These products gave a lot of energy for the whole day and left feeling full, but carried to the body of little use — what in the Soviet Union nobody really thought — full today, Yes, okay. By the way, this partly explains why “the world’s best Soviet ice cream” seemed so delicious — the people in the USSR lived in a permanent deficiency of protein, and any product with milk protein (ice cream, milk, condensed milk, candy, “Fudge”) seemed to be something incredibly delicious.

As a result of this perennial bad and unhealthy diet, people received “the classical Soviet figures” — men were either skinny, with obvious lack of muscle mass and protruding fins, or puffy, with a pronounced paunch and the emerging problems with musculoskeletal disorders (exaggerated lordosis/kyphosis). Human normal addition to meet was not so easy — most figures reflect many years of poor diet, which in the USSR was the norm.

The lack of physical education.

Yes, you heard right — it is the lack of physical education. Really — in the mass culture of the USSR promoted itself as an incredibly sports power, constantly drawing posters with athletes and players, and came up with slogans like: “O sport — you are peace!” and “Youth — to the stadiums!”. In fact, all this sporty parsley was needed in the USSR only to promote the Soviet way of life (say, in the USSR, all sports thanks to the Communist party and the right course), but in General she had little in common with life 95% of the population.

Let’s be honest — except for children in PE and professional athletes physical training in Soviet Union no one did. In the Institute’s Komsomol and all other sections of man could make to grade in any Skeet shooting or skiing — but after graduation people in 95% of cases forget about his passion and tied with the sport forever. The maximum that could afford Soviet citizens — some stupid morning exercises (either the same day, called “production”), which consisted of absolutely useless and worthless pritupov two, three prilepov and backside rotation around its own axis.

Simply put — in the USSR there was no culture of always maintaining health through physical education. Yes, some enthusiasts went to the pool, training in athletics and skied in the winter — but it was a very small percentage of citizens. The bulk prefer to spend their free time in the kitchen gatherings or lounging in front of the TV with the newspaper — which already to 45-50 years got problems with the legs, back and stuff like that.

Medicine in the USSR were considered “free”, but actually that was not exactly the same as in the case of “free” apartments, medical budget was formed from the General budget of the USSR — and, therefore, taxes from all working citizens. However, medicine was considered “free” and best of all it was clear from the attitude of the medical staff to the citizens, the attitude was often boorish, formal and in the style of “what do you most want? Take what you give, and that this will not happen! Next.” In a recent post I already told you about the Soviet dentistry — most of theses out on the quality of materials and service, and can be transferred to the rest of medicine.

In addition, bad quality of Soviet medicine tells also of the existence in the USSR of the whole layer of “parallel medicine” — when the Soviet doctors could not treat a particular disease or treated a person does not from the fact that he was hurt — he was talking to so-called “folk medicine” a La “one old grandmother knows how to cure it better.”

All of these recipes that now everyone is laughing on the Internet — such as those that plantain should be applied to the forehead in 12 hours of the day and mug at 12 o’clock in the morning to the ass — all of them went for another scoop. Due to the lack of proper medicines and diagnostics people invented their own methods of treatment improvised — which you can find in the garden or in the closet. All those endless homemade infusions, decoctions, mixtures, soda, chlorine, Shilajit, ginseng, and Kombucha, served as a panacea for all ills — it was born in the USSR. By the way, here’s another one of the characteristics typical of the scoop — it is sure to believe that a particular disease is a “folk remedy”, which seems to have cured my wife of a friend of a friend of a cousin, and that “the authorities hide from the people.”

See also:  Persons with dual citizenship I propose to amend the lists of enemies of the people

In General, the medicine in the USSR was very so-so, talking about the condition of the teeth, and General appearance of “happy Soviet citizens”.

In addition to malnutrition, lack of activities and poor quality of medicine — the health of the Soviet man was also affected and hard work. Despite all the stories about some kind of mechanization and robotics, manual labor (and often very heavy) remained in the USSR the entire economy — and women were involved in heavy labor (like digging ditches or laying of sleepers) on an equal basis with men.

As some special Golesti, the Soviet Union supplied the so-called feats of labor is when a person, without regard for his health, vomited at work in three shifts, performing “several provisions of the plan.” About what kind of health the person received because of this in the end — no one thought and did not speak. “Burn out” was considered something honorable — if you made from the shop after the change — so well done, sacrificed himself for the common good on Earth and the future of Communism, and that with you while happened — I don’t care. What is most interesting — is self-seeking in the end costs the state more — so as the person ahead of time undermines the health and could no longer work, retirement on disability.

In addition to hard work, health is also negatively affected themselves Soviet enterprises — factories were built completely without considering influence on the environment, and often Soviet company towns (especially in the Asian part of the RSFSR) lived, literally wrapped in the smog of the factory exhaust at that time nobody cared…

Well what can I say? As you can see real life in the Soviet Union and the real Soviet people were standing very far away from those paintings, which were painted by the propagandists. Due to poor nutrition and environment the average Soviet person already 35-40 years lost part of the teeth, due to the lack of physical education and the presence of harmful habits (in the USSR all men and a considerable part of women smoked) by 50-55 years had acquired a paunch and always bent back, and by age 60 most often turned to the old man.

In our days everything is different and food is different, and the work is not so heavy, and people finally realized that health is more than a dozen pills prescribed by a doctor, but permanent during the whole life, work on yourself.

Write in kommentariyah what you all think. 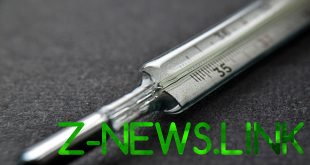 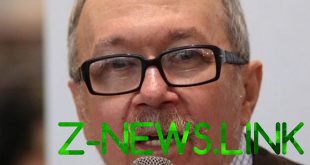