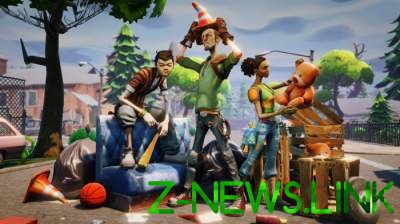 Earlier it was reported that Epic Games has filed a lawsuit against two players using prohibited software in Fortnite. Recently there has been a new development.

First of all, we should clarify that users are not being charged with fraud, and “copyright infringement Epic through the introduction of unauthorised computer code into the code protected by copyright.”

The most interesting lies in the fact that one of defendants — a 14-year-old. It was posted on YouTube a video in which explains what do you need to do with cheats, and when the authors Fortnite demanded to delete the video, filed a complaint. By law the company was obliged to remove, or to go to court. In the end, Epic chose the latter.

“Epic will not tolerate constant cheating and copyright infringement on the part of anyone and of any age, — said the representative of the company in comments to Eurogamer. As we said earlier, we take cheating seriously and will use all possible means to have our games remain fun and fair and supported among gamers, the spirit of competition”.

The mother of the lover of foul play, obviously, was not happy with this situation and sent the court a letter. Here are some statements from her appeal:

• Her child “‘ve not modified the game and did not create cheat programs”, and Epic “are not able to prove any form of modification”.

• The woman admits that her son cheated at Fortnite, but the same, they say, there are many other users.

• Want children to be able to play Fortnite, it must obtain the consent of the parents, and his mother did not give.

• The company cannot talk about the loss of profit, because the action is distributed on a shareware model. Epic makes a teenager “scapegoat”, because it is not able to cope with cheaters.

• Name and details of her minor son were made public, and it is prohibited by law.

• The young man cheated in Fortnite live, but did not earn this money.

The indignant parent asks district judge to dismiss the lawsuit because the breach does not give a large gaming company right to accuse a minor.