The interior Ministry called the actions of the NABOO political 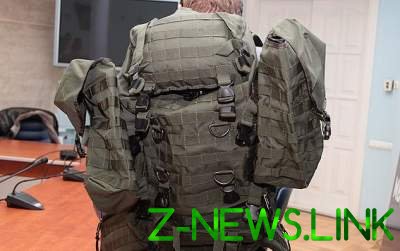 The interior Ministry denied the violation and accuses “certain external and internal forces” in the case of purchase of backpacks.

The Ministry of internal Affairs of Ukraine called the actions of investigators of the National anticorruption Bureau of Ukraine “political” in the background searches October 31, the son of the head of Department Alexander Avakov in Kharkiv and his ex-Deputy Sergey Chebotar in Kiev.

In the power Department reported that the U.S. District court of Kiev has reportedly considered the case of violation in the procurement of tactical backpacks for ATO, but “no significant violations found.”

See also:  The Polish Ambassador was summoned "on the carpet" in the Ministry of foreign Affairs of Ukraine

“The decision of the District administrative court of Kyiv, has entered into force, permitted the applicant to recognize the illegal actions of officials of the interior Ministry of Ukraine during the negotiation procedures for the purchase of backpacks 16 Feb 2015”, – stated in the message.

In General, the interior Ministry sharply denies irregularities in the supply of backpacks for national guard and considers that elements of the hybrid war.

“During the audit of pre-trial investigation has not received evidence that the delivery of the backpacks was not in full volume, instead of the Ministry of interior provided the appropriate evidence to NAB the integrity of the successful bidder contracts for the supply of backpacks,” said Avakov in whose son, probably, was detained.

See also:  The journalists recorded a sharp increase in the army of the DPRK

We will remind, on October 31 in Kharkov and Kiev detectives NAB to conduct searches in the case of possible embezzlement during the procurement of the Ministry of internal Affairs of backpacks. The journalists of the Scheme reported that, in this case to the NAB even arrested the son of Alexander Avakov.

In addition, subsequently, the NAB reported that in the case of backpacks, the interior Ministry detained three people, including a former Deputy Avakov. NABU believe that at the time of this procurement was completed embezzlement amounting to more than UAH 14 million.