Home / WORLD / The great Covid power grab: Why world leaders’ push for a post-WW2-style ‘Pandemic Treaty’ must be resisted

The great Covid power grab: Why world leaders’ push for a post-WW2-style ‘Pandemic Treaty’ must be resisted 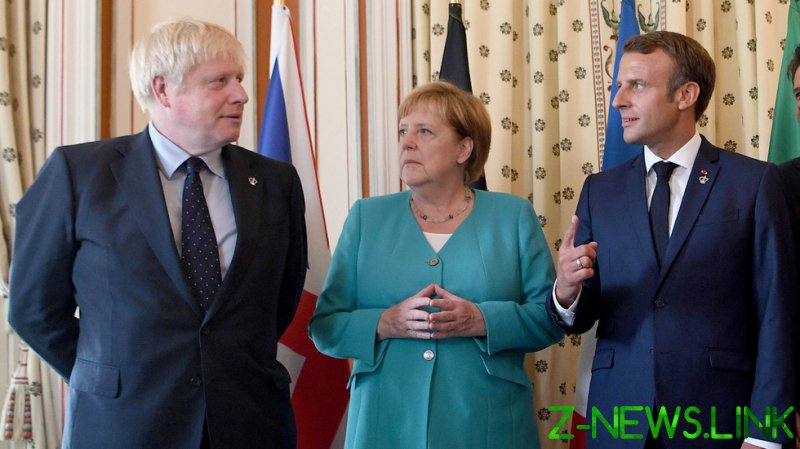 “Out with nationalism and isolationism and in with international ‘Health and Security’!”

That’s the cry from 24 world leaders, led by the British Prime Minister Boris Johnson, French President Emmanuel Macron and German Chancellor Angela Merkel. The call for a new global ‘pandemic preparedness’ treaty came in a letter to the Daily Telegraph and in papers across the world.

The letter uses words and phrases such as ‘solidarity,’ ‘global community,’ ’international cooperation’ and ‘protect’ repeatedly, to make us all feel that what is being proposed is for the good of us all. But is it?

If we read between the lines, we can see quite clearly that, while the plan is supposed to be about post-Covid pandemics, it is really about making sure that the draconian measures introduced since 2020 are maintained as long as possible. The ‘nobody is safe until everyone is safe’ mantra which appears at the end of the second paragraph in the letter, is saying to us – as Merkel and other globalists have strongly hinted – that restrictions cannot and will not be lifted until everyone in the world has been vaccinated.

If you have any doubts, just take a look at the very next sentence, which states: ‘We are therefore committed to ensuring universal and equitable access to safe, efficacious and affordable vaccines, medicines and diagnostics for this and future pandemics.’

Translation: ‘Africa, you’re going to take the vaccines we offer you whether you like it or not.’

To justify a ‘pandemic treaty,’ and other long-planned changes being implemented in its wake, they have to accord Covid a very special status. The first sentence of the letter boldly states: ‘The Covid-19 pandemic is the biggest challenge to the global community since the 1940s.’ But is that really true? Hong Kong flu claimed the lives of between one and four million people between 1968 and 1970. But it got a lot less coverage than Covid. There was no talk of a permanent ‘New Normal’ being established in 1970, or the need for a post-WW2-like settlement. Neither was there when HIV/AIDS hit in the 1980s. The UN says between 24.8m and 42.2 million people had died of AIDS-related illnesses by the end of 2019.

To compare Covid to the Second World War, as the 24 leaders have done, and argue that it needs a post-WW2 style settlement, surely redefines the word ‘hyperbolic.’ A reminder: some 75 million people died in the Second World War – including around 27 million citizens of the former Soviet Union. 60 million Europeans became refugees. By contrast, the current number of deaths ‘with’ Covid is 2.8 million. Yes, that’s serious –and all deaths are very sad– but the numbers alone can’t explain why it’s Covid –and not other diseases which killed many more and came before it– which necessitates a ‘Great Reset’.

We’re told that Covid-19 is ‘the biggest challenge to the global community since the 1940s’ but what happened to all the other ‘biggest challenges’ we’ve been warned about over the past thirty years by western leaders? Where did the ’War on Terror’ disappear to? And what about climate change?

While of course there needs to be sensible international co-operation on matters concerning global public health, isn’t there something a bit creepy about trying to scare us witless about the ‘next’ pandemic when we are still living under Covid-19 restrictions? When they state ‘there will be other pandemics and other major health emergencies’ the 24 leaders sound an awful lot like Bill Gates, who is forever warning us about the pandemics to come. In January the Microsoft founder declared that the next pandemic, which of course ‘we are not prepared for,’ could be ‘10 times more serious’. Thanks Bill, for cheering everyone up during another lockdown.

And, having read the letter of the world leaders, take a look at this section on the Gates blog: ‘Just as WW2 led to greater cooperation between countries to protect the peace and prioritize the common good, we think the world has an important opportunity to turn the hard-won lessons of this pandemic into a healthier, more equal future for all.’ And that, of course, means ‘getting ready for the next pandemic.’

But is being in a permanent state of worry over ‘the next pandemic’ a good way to live?

Do we really want to give up on things like hugging, kissing, mass social gatherings, the freedom to travel around the world, and accept the establishment of a permanent civil-liberties-destroying bio-security state because of a nasty lurgy that ‘might’ come along in the future?

The 24 leaders talk about building ‘a more robust international health architecture that will protect future generations’ but what if what is really being built – under the guise of ‘keeping us safe,’ is one big hi-tech global prison, where we will not even be able to go to the pub without a ‘Vaccine Passport’ or showing our ‘Covid certification‘ – or be able to board a flight because we haven’t had the latest vaccine ‘update’? Is this the digitally-controlled future we really want?

I don’t know about you, but I’d rather take my chances as a free citizen in ‘the next pandemic,’ whenever that will be, than live under the soul-destroying oppression of ‘protective’ tyranny.