Home / Game / The game Oddworld: Abe’s Oddysee offer to get a free

The game Oddworld: Abe’s Oddysee offer to get a free 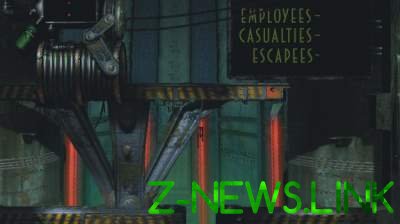 Oddworld: Abe’s Oddysee is a legendary quest about the adventures of the main character Abe.

Unexpectedly delight new players free offering regarding classic, cult game. We are talking about Oddworld: Abe’s Oddysee, which was highly acclaimed by critics and liking a variety of gamers.

In order to get the game, you need to go to the website HumbleBundle.com. On the main page will be notified about the free distribution Oddworld: Abe’s Oddysee. Thus, in order to get the key in Steam, it is necessary to provide an active email. It is after the “buy” will be key in Steam. The offer is valid until evening of 21 September, so some of us should hurry. However, there was a not a remake, which came out two years ago, and it is original.

In addition, the GOG store staged a similar action, but with the only difference that it provides a copy of the game DRM-free for your profile in GOG. In other words, to convert it to Steam version will not work under any circumstances. Valid only back scheme — you can get the game through Steam GOG. But not back in.

Oddworld: Abe’s Oddysee is a legendary quest about the adventures of the main character Abe. He will have to escape from a huge futuristic factory, to save his brethren and defeat the evil Corporation which is behind all the evil in the world. The game received numerous awards and has been recognized by critics. The action which takes place in a fictional universe where the characters of this race, which applies to the main character, brutally oppressed. The game was released in 1997.

In 2014 he released a remake titled Oddworld: New ‘n’ Tasty! Graphics became fully three-dimensional, and the rollers has been significantly redesigned. The developers have updated the control, reworking it to fit the needs of a modern audience. The game received support in the form of downloadable content.