Home / economy / The expert predicted a new crisis in Russia: the burst without waiting for the “black August”

The expert predicted a new crisis in Russia: the burst without waiting for the “black August” 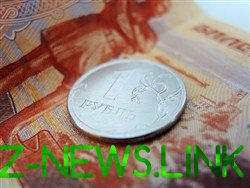 July 26 — point, which can become a turning point for the Russian financial system. It is possible that this day will be the beginning of another economic crisis in the country. With this shocking forecast was made by the well-known analyst of International financial center Vladimir rojankovsky. “MK” contacted the author of the predictions to know the details first hand.

– Fans of dramatic thrillers, thirst for “blood and circuses”, I’m not happy and horror stories, which featured the course of 80 or 90 “wooden” for a dollar, will not give – started a conversation rojankovsky, the Ruble was acting, you see, very boring and tedious. Went “corridors”: the first 66 and 67 to the dollar, then 63-64, recently 62-63.

– However, a “trick” after a sedate stroll on the “corridors” You predict?

– Yes, I see some kind of a reference point on 26 July, this day will be a meeting of the Board of Directors of the Central Bank’s key rate. Most likely, the regulator will come to be expected, namely lower its key interest rate by another 0.25 percentage points to 7.25%. In this regard, the experts put 50 on 50. But the important thing here is not the fact of decline and not its value as such, but the confirmation of the “seriality” of a rate cut.

– The ruble will instantly react to the decision of the Central Bank?

– Not so much on the decision of the Central Bank as such, but rather on trends. And trends two. First — the regulator’s decision on the key rate. It is in favor of the ruble. Second — his decision to sell the foreign currency to the Ministry of Finance. This is clearly against the ruble.

– Which of the forces will pull?

– Single — second. And it the ruble react fall. However, much to “push” it will not succeed. I think somewhere up to the value of 63.5 per dollar. But the collapse will not be lingering, and in late July-in August the ruble will continue to strengthen. Here and oil prices for him comfortable, and new sanctions are not expected — and in the last year, he most acutely reacted to the sanctions. I think he could become stronger and up to 60 for green, if the Central Bank can’t stop him.

– In this consolidation to keep savings in the currency becomes unprofitable, right?

Since the beginning of the year holders of dollars have lost about 35% is only on the exchange rate, not counting the commissions paid to the banks. Many of the owners of the currency thinking about to from “green” to get rid of: uncomfortable to sit in the currency, which is cheaper. In addition, the Central Bank is concerned with reducing the motivation to dollar deposits. This does not mean that banks instantly translate them in the ruble — no, of course, until the end of the term of the contract, no one forcibly to “give the ruble” would not. But it is unlikely that dollar deposits will be renewed. In other words, the market will be harder to do dollars — people and cash will get rid of and after the closing of foreign currency deposits to sell “green” with hands, it means that the ruble will continue to strengthen.

See also:  Russia is trying to wage hybrid war against the whole of Europe, - Klimkin

– So, You suggest to dump dollars and move to rubles?

– In any case. The advice here depends on the horizon toward which the owner of the currency. If we are talking about a long term savings — not worth the fuss because of the momentary hesitation. If talking about the management of their savings on a small piece of something yeah, in short the ruble, it may be advantageous for the dollar.

– Some experts argue that it could be stronger. Agree with them?

– Absolutely. Theoretically, the ruble could strengthen more radical. According to calculations based on — don’t be afraid! — multi-factor model, red price it somewhere 54 per dollar. But such a course is not profitable for the budget, the ruble will continue to “heat a little”.

– Reduction of the key rate leads to another consequence: lower rates on loans. When to wait?

And deposits too. Malicious banks are more efficient in lowering rates on deposits. And the prices on the loans begin to slow down with some time lag. Although some banks, in view of the inevitability of cheaper loans, are beginning to do this in advance and smoothly. I think the cheaper loans we will see to the fall.