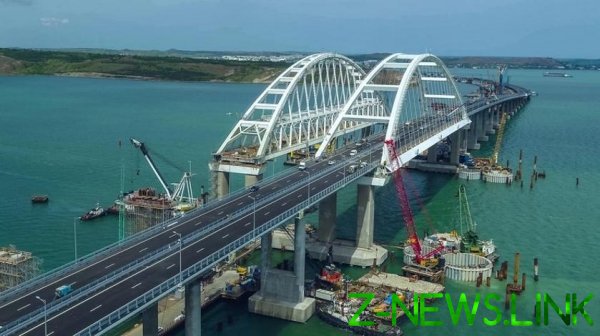 Military expert Alexander Artamonov told about the danger of large-scale hostilities on the part of Ukraine for provocations against the Crimean bridge. To try it of course can. Just not that easy.

New combat ship, which Kyiv received from the United States to engage in sabotage. Given the fact that the bridge is protected from the air SAM, using for the provocation of the American ships is more than logical. Although the bridge and protected from ramming vessels. According to Artamonov, no ship capable of inflicting significant damage to the structure. At this, the Crimean bridge is guarded by border patrol and counter-sabotage group of the black sea fleet.

The expert hopes that the prudence of the Ukrainian military since the end of the war, which will inevitably lead to the use of frigates, completed a large-scale action. And the answer to Kiev will be given much more serious than they are able to strike Russia.

We will remind, the Crimean bridge, stretching across the Kerch Strait, almost completely ready for operation. His automotive part is already open and has been used successfully. And the train movement will be launched this year.