Home / economy / The EBRD will provide a loan uz

The EBRD will provide a loan uz 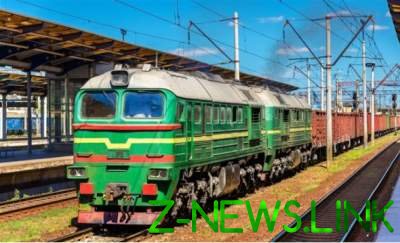 The EBRD will provide Railways a loan of 150 million euros for the construction and modernization of railway tracks in three areas.

The European Bank for reconstruction and development will provide Railways a loan of 150 million euros for the construction of the second track, electrification and modernization of signaling systems and communication in the direction Dolynska – Mykolaiv – Kolosivka. About it reports a press-service of the Ministry of infrastructure.

The total cost of the project amounts to 300 million euros.

Funding for the project is planned to be implemented under the state guarantees.

According to infrastructure Minister Volodymyr Omelyan, the project will enhance the capacity of the railway direction Dolynska – Mykolaiv – Kolosivka, runs through the territory of Kirovograd, Mykolaiv and Odessa regions, which in turn will allow to solve problems with goods pass in the direction of the Nikolaev ports; to raise the service speed of freight trains by 20-25%, and significantly reduce operating costs, avoid significant amounts of braking and acceleration of trains when performing overtaking and crossing.

In addition, the project will greatly save diesel fuel and improve the environmental situation in the region, and additionally to create about 300 skilled jobs.