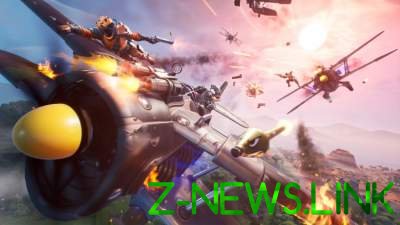 The price of success Fortnite is that the furious pace of development continues.

It seems that Epic Games is not encouraging the situation: employees are under pressure, they are forced to work overtime. And all because Fortnite has become popular too fast.

Twelve employees of Epic Games (which includes both current and former employees) reported that they “regularly worked more than 70 hours a week”, and some talking about 100-hour work weeks. Overtime was almost mandatory, because otherwise meet the specified time frame was impossible. “I know some people who just refused to work on weekends, and then we missed the deadline because they are part of the package was not complete and they were fired,” said another source.

Even in other parts of the popularity of Fortnite forced employees to take on more work. “From may, 20 to 40 requests a day, we reached about 3,000 requests a day,” said a source working in customer support. Reaction Epic Games on large load was to recruitment of new employees. “It all happened so fast. Literally one day we had a few. The next day, “Hey, by the way, you now have 50 more people in this shift who have absolutely no training” to”, – said the source.

However, this solution did not help. Even with a large number of developers and contractors Epic Games continues to face challenges. “One parent said, “just hire more bodies.” So they called the contractors, of the body. And when we’re done with them, we can just get rid of them. They can be replaced by fresh men [who do not show discontent],” said the source.

Fortnite receives constant updates with new modes, items, game features and locations. The fast pace of development also means that these changes should be tested. To Fortnite, the company was in the process of reducing the quality control Department in favor of an automated system, but these plans were suspended after the game became a hit. “We worked, as a rule, 50 – or 60-hour weeks and sometimes more than 70 hours,” said one of the testers.

Epic Games has not commented on the information.