Home / Game / The developers have shown how to play by the tyrant in Total War: Three Kingdoms

The developers have shown how to play by the tyrant in Total War: Three Kingdoms 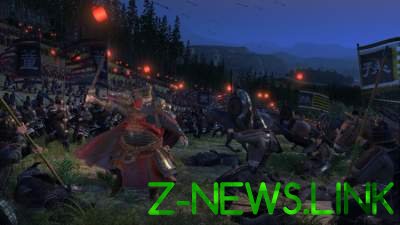 This character was presented in early February, but then we showed only the preview trailer.

For example, Dong Zhuo, an influential Chinese military leader in the time of decline of the Han dynasty (206-220 BC), the Studio Creative Assembly showed how to play for the tyrant’s strategy of Total War: Three Kingdoms.

This character was presented in early February, but then we showed only the preview trailer. Now the developers have posted a full gameplay video, within 10 minutes acquainting us with the style of play for Dong Zhuo. After seeing the trailer, you’ll learn about his skills and bonuses, features and unique weapons, and the allies and enemies of the commander. To access the campaign after defeating his army in battle or upon reaching the rank of “Emperor.”

See also:  New map for PUBG got a name

“Before his face leaning province, and behind him extends only chaos – on the way to his goal, Dong Zhuo not stop at anything – say the developers. – He is driven by greed and the desire to spread fear. And this fire burn all who get in his way. You will execute officials to usurp power in the vassal kingdoms and to compel the cooperation of those who can not resist that. Dong Zhuo holds the Han dynasty with an iron fist. Very soon victory will be in his hands!”.

See also:  Oddity of the week: three cars landed in the "unmanned" accident

The game will be released on PC on may 23 and will be fully translated into Russian language.