The daily income the mobile version Fortnite was $2 million 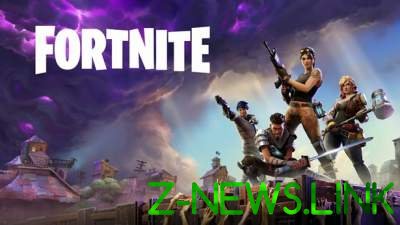 Mechanics and use of in-game currency is very standard.

A week ago it became known that the game brought Fortnite developer Epic Games is more than $1 billion only in the form of micropayments. And now Analytics firm Sensor Tower told that the iOS version of the project within 10 days from the beginning of the fifth season earned an average $2 million per day.

13 July daily income the mobile version of Fortnite reached $3 million, which was a new peak. The previous record of $1.9 million was raised on may 1, when they started fourth season.

See also:  Pokemon Go will get the biggest update in its history

Note that since the official launch, which took place on March 15 until the end of the fourth season, which ended on July 11 the iOS version of Fortnite brought an average of $1.2 million per day. The last 10 days of the fourth season, the developers received from their games to $1.7 million a day. In the end, only some mobile devices (and this is without Android), the game has already brought more than $150 million.

See also:  Unfinished version of the mod Skyrim Together is available for download

Mechanics and use of in-game currency is very standard. For In bucks, in the game you can buy cosmetic improvements and combat passes. The gameplay is not affected.