Thanks, America… Europe knows what’s coming as it braces itself for imminent Afghan refugee crisis 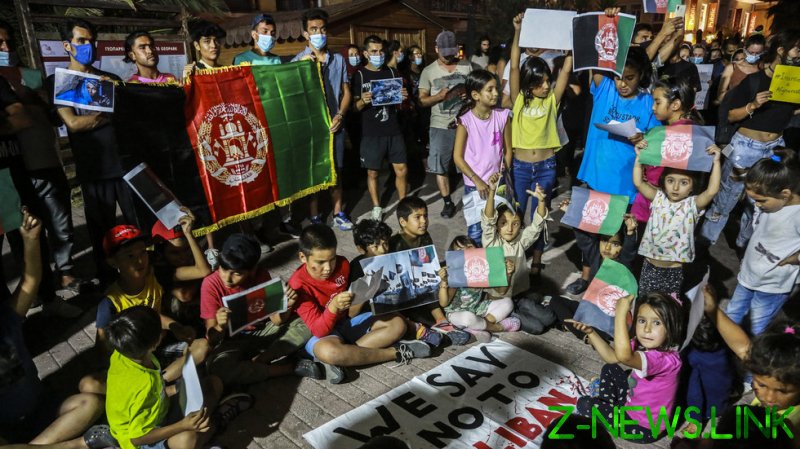 Joe Biden’s botched withdrawal from Afghanistan, which has led to the Taliban retaking power in the country, is already leading to people fleeing in their droves. And where do you think these people will go? The answer, as ever, is Europe, which is now readying itself for yet another refugee crisis.

It is estimated that 300,000 Afghans have left the country in the past 10 days, mainly by land to Pakistan or Iran. And who can blame these desperate people for fleeing a Taliban-run theocratic and despotic regime? Many will choose not to stay in Pakistan or Iran; why swap one theocracy for another? Instead, they will do what 570,000 Afghans have done since 2015 and claim asylum in Europe. So, it is no wonder that European Union leaders are now bracing themselves for a flood of desperate Afghans.

Yesterday, all foreign ministers from EU member states were called to an emergency digital meeting by Josep Borrell, the European Commission’s High Representative. The conclusions of the meeting called for, amongst other things, a cessation of violence, the maintenance of human rights and for the security of EU staff in Afghanistan. In other words, they did not address the real issue at hand, which is the inevitable oncoming refugee crisis.

On Monday, however, the EU’s Economy Commissioner, Paolo Gentiloni, did address the issue in an Italian newspaper. He stated, “I think that Europe will inevitably have to equip itself for humanitarian corridors and organised reception, also to avoid uncontrolled flows of illegal immigrants. Or, at least, the countries that are willing to do so, should.”

Gentiloni’s caveat of “countries that are willing to do so, should” is interesting because six member states had signalled that they wanted the deportations of failed Afghan asylum seekers to continue. Although three states, Germany, Denmark, and the Netherlands, have rowed back from this position, others, including Austria, have not.

The prospect of a new refugee crisis, reminiscent of 2015-16, has also clearly spooked the leaders of EU member states. For example, when addressing the nation on Monday night, French President Emmanuel Macron said that “we must anticipate and protect ourselves against major irregular migratory flows that would endanger those who use them and feed trafficking of all kinds.” He also stated that “Europe alone cannot bear the consequences of the current situation.” With a presidential election on the horizon, which will undoubtedly be a close-run affair, Macron knows that he cannot afford to be seen as weak on asylum and immigration.

Similarly, German Chancellor Angela Merkel has called for economic aid to be given to Afghanistan’s neighbouring countries so they can deal with the inevitable influx of refugees. However, if she thinks this will encourage the fleeing Afghans to remain in Pakistan or Iran, then she is clearly mistaken. Indeed, you could put your house on the fact that many will head west along the old Silk Road, using the favoured route through Turkey and then the Balkans into Western Europe.

Germany also has more to fear from this situation than anyone else. Over 250,000 Afghans already live there and when more make their way to Europe, they most likely will head to Germany so they can be reunited with family and friends. This prospect is already causing concern amongst the country’s political class, who fear that it will lead to an upsurge in support for the right-wing AfD party before next month’s elections. Indeed, Merkel’s favoured successor, Armin Laschet, has announced that “the mistakes regarding the Syrian civil war must not be made again,” which is a clear reference to the mistakes of 2015, when Merkel flung open Germany’s borders to all and sundry under the reckless slogan “we can do it”.

Another country that has been alarmed by the impending movement of people is Greece, which bore much of the brunt of the 2015-16 refugee crisis. On Monday, the country’s Minister of Immigration and Asylum, Notis Mitarakis, warned the rest of the EU that Greece “will not be a gateway for a new wave of refugees.” Sadly for Mitarakis, I am not sure Greece has much choice in this matter, as its geographic location makes it a prime destination for those making their way from Turkey into the EU.

Do not think that the UK will be immune from the arrivals, and in a way, nor should it be. The UK holds some responsibility for what is going on in Afghanistan, although its culpability is dwarfed by Biden’s. Indeed, the UK’s former Deputy Prime Minister, Damian Green, said that “there are times and places where we should be strict with asylum applications. Afghanistan today is the exact opposite. We should take anyone who can make a case.” The UK will be morally obliged to take tens of thousands of Afghan refugees because the moral high ground was sold with the cack-handed scuttle from Kabul. Home Secretary Priti Patel has confirmed this will be the case, but said the operation will be staggered, as the UK cannot take thousands of Afghan refugees “all in one go”. Well, we could if Patel got to grips with the farce taking place in the English Channel at the moment. At least we would know that those coming from Afghanistan will be real refugees fleeing persecution.

The bottom line is that Europe is now staring down the barrel of an impending refugee crisis, and there is nothing anyone can do about it. And those who caused it, namely the Americans, will no doubt shirk their responsibility to take their fair share of refugees. In fact, in an equitable world, they would take the lion’s share.

So, all I can say is thanks Joe, you’ve not only managed to bungle the US withdrawal from Afghanistan, but in all likelihood, you will have landed Europe with a new refugee crisis. I have a sneaky suspicion that many EU leaders will be thinking that maybe having the brash Orange Man in the White House wasn’t so bad after all.