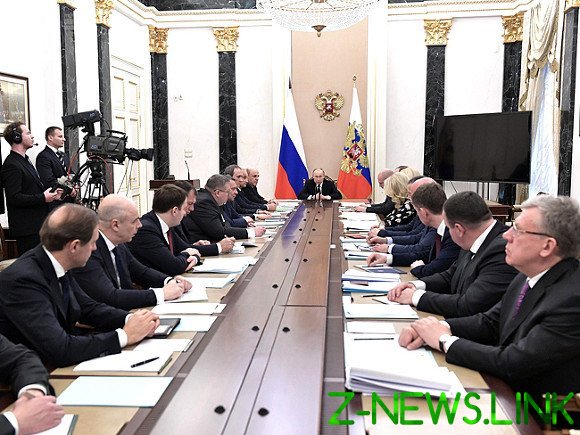 For economic relations with the outside world leaving the 2010s, can confidently be called the lost decade.

Information about Russian international trade is more difficult to fraud than any internal options, whether they involve industry, the level of consumption, say, or housing.

More interesting to compare the just-published report on foreign trade in 2019, with data for 2010.

Remember what life was like in early Teens and you will agree that today we live in a different country. But comparing trade flows, which Russia and the outside world were exchanged in 2010 and 2019, are surprised by the modesty of change.

Go through the countries with which Russia trades.

In 2010, the EU accounted for 48.1% of Russian merchandise trade (including on Germany at 8.2%), and in 2019 — 41,7% (including Germany — 8%). The decline is noticeable, but not radical. The transition from friendship to the then current cold war slightly perekorezhivshey business, but it is not slammed.

There was no miracle and in trade relations with Belarus and Kazakhstan, which are first experienced in the words of an unprecedented rise, and now entered a period of vicious scandals. In trade, these two countries was, and remains visible, but is clearly secondary partners of Russia.

The turnover of Russian-Belarusian trade grew during 2010 — 2019, with $28 billion to $33 billion (this is approximately the current level of trade with Turkey), and Russia-Kazakhstan — from $15 billion to $19 billion (as with Poland). In real terms they can say, and has not changed for ten years. That’s the “integration”, if you subtract from it the propaganda’s bells.

A real revolution has occurred only on two directions — Russian-Ukrainian and Russian-Chinese. China and in 2010 was the largest trade partner of our country ($59 billion, 9.3% of Russia’s trade turnover). But the “Ukrainian” trade of Russia ($37 billion) was lost then the “Chinese” only one and a half times and was only slightly less than “Belarus” and “Kazakhstan” together.

And in 2019 trade with China ($111 billion, 16.6% of Russia’s trade turnover) was already ten times more trade exchange with Ukraine ($11 billion and 1.7 percent). Adjusted for inflation, the dollar, trade between Russia and the Ukraine fell in four, and Russia and China has grown in 1,6 times. These are two of the most prominent shopping end of the decade.

This is speaking about changing partners.

If you look at the structure of trade flows, there is a significant shift (and great success) in just one.

In 2010, Russian exports of food had only $9 billion, while in 2019 soared to $25 billion, Our country has become one of the world’s largest grain exporters and the largest of wheat.

None of the other sites of miracles did not happen.

Even imports of food, which, it would seem that the roller had to go grocery counter-sanctions and import substitution, stood both quite calm. From 2010 to 2019, it dropped from $36 billion to $30 billion.

It is quite noticeable (especially adjusted for inflation), but not a radical reduction due soon devaluation of the ruble and the concomitant decline in demand for imported food than other factors. A ban on imports from Europe dropped not so much the volume as the quality of imported food. A surge in the production of domestic substitutes did not cause the Russians have no consumer ecstasy.

Non-energy export earnings over the 2010 — 2019 has increased from $121 billion to $155 billion If we take into account pjatnadtsatiminutnogo inflation, the growth is barely noticeable.

No one serious article of export for ten years was a major change. Sales of metals in, say, 2019 to bring less than in 2010 (respectively, $38 billion and $50 billion), and exports of machinery and equipment — more ($28 billion and $21 billion). Neither — certainly not a revolution.

Foreign trade the results are impressive-tenths of its emptiness and awkwardness. Everything remains as it was or worse.

Ukraine, and now, perhaps, Poland, Turkey and even Belarus has become a space uncomfortable for the Russian direct and transit.

A “turn to the East”, which in the movement of trade flows display is still noticeably weaker than in a government of demagoguery, perpetuating the commodity structure of Russian exports. Chinese purchasers have nothing but oil, coal and wood, from our exporters are not required. And the Chinese suppliers of metals and weapons of the Russian competition on the world market is not completely necessary.

A decade lost. Signs that understood the causes, no.