Home / WORLD / ‘Terrorism defeated?’ Merkel says ‘not all goals’ reached after 9/11 as intel head warns of 2,000 dangerous extremists in Germany

‘Terrorism defeated?’ Merkel says ‘not all goals’ reached after 9/11 as intel head warns of 2,000 dangerous extremists in Germany 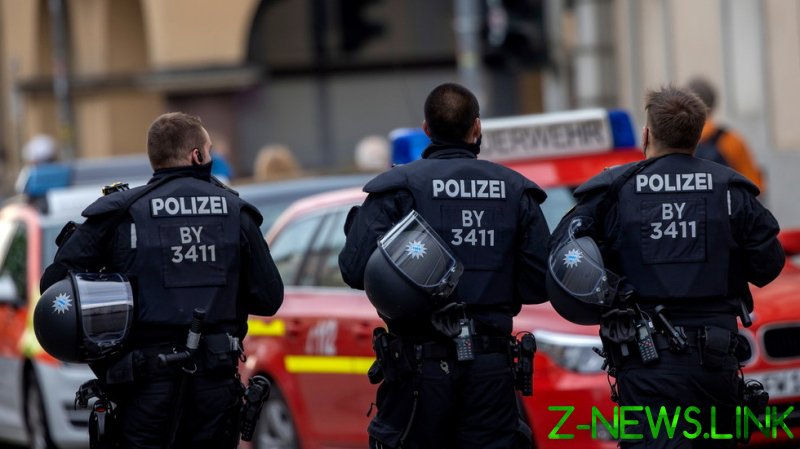 “We have now had to recognize that although we have been able to defeat terrorism, which is endangering our security, at the present time we have not achieved all our goals,” Merkel said on the anniversary of the 9/11 attacks.

The chancellor then suggested focusing on safeguarding those few accomplishments, including education for girls in Afghanistan while admitting “this will not be easy with the Taliban” in power. Merkel also said that bringing people in need of protection to Germany should be one of the nation’s top priorities since that was something Berlin felt it had “a moral obligation to do.”

Yet, it seems that not all German officials would agree with their chancellor that the war on terror was that victorious. The head of the nation’s domestic security service, the BfV, which is tasked with tackling the threat of terrorism in particular, painted a much grimmer picture.

Germany’s domestic intelligence has classified some 2,000 Islamists living in the country as “particularly dangerous,” the BfV head, Thomas Haldenwang, told Tagesspeiegel daily in an interview published earlier on Saturday.

“These are all that we, as an intelligence service, believe could be potentially engaged in terrorist activities up to committing [terrorist] attacks,” Haldenwang said.

Germany’s Federal Criminal Police reported 551 existing Islamist ‘threats’ and 536 people that could potentially be supporters of terrorists, according to the German media. Haldenwang explained that his agency’s number is higher since some of the persons on the list have no prior criminal records and are thus likely unknown to the criminal police.

The Taliban’s takeover of Afghanistan could be used by such extremist groups to launch a “propaganda offensive” and start a recruitment drive, Haldenwang warns, adding that this development could be portrayed as a victory for Islamists all over the world.

Germany’s Interior Minister Horst Seehofer said that the nation’s security services have managed to thwart 23 terrorist attacks since 2000. The minister believes, though, that the danger is far from over.

“We prevented terrorist attacks, but the risk of an attack still exists today,” he told Germany’s Funke media group on the 20th anniversary of 9/11. Seehofer then called on the BfV to be granted powers to covertly access computers, smartphones and other IT devices to be able to study their content to better prevent terrorist threats.

Such provision was removed from a controversial amendment to the Federal Constitution Protection Act, which granted the security service broader powers in the field of telecommunication surveillance. Adopted by the German parliament in June, the amendment allowed the BfV to monitor encrypted messages sent via WhatsApp, for example, but only in strictly regulated individual cases.

Seehofer, however, hopes that the next government, which would take office following the general elections later in September, will continue the work he started.