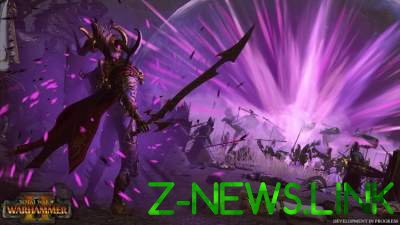 Although the engine of the game is the same as in the first part, the sequel is somewhat different.

The expected performance for recommended configurations: 45-55 frames per second, graphics quality default high resolution of 1920×1080. For a game with such settings need more productive equipment:

Finally, if you want to play on “ultra” at 1080p and 60 frames per second, you will have to get a processor Intel Core i7-4790K processor with a clock frequency of 4 GHz and a NVIDIA GeForce GTX 1070 with 8 GB memory.

Although the engine of the game is the same as in the first part, the sequel is somewhat different. “Total War: Warhammer II further optimized to improve performance and therefore the game will support a much greater number of systems,” said the authors. They also separately mentioned the use of the following technologies:

– a new system of volumetric fog, making the air more dense to create the effect of three-dimensional light;

– improved handling of wet surfaces in relation to specific models and their features.

Total War: Warhammer II is the second part of a trilogy that will offer a combination of large-scale battles in real time with a fascinating global strategy on the management of state policy, to create and strengthen their own Empire. The PC release will take place on 28 September this year. Arrange pre-order on Steam for 1799 rubles.