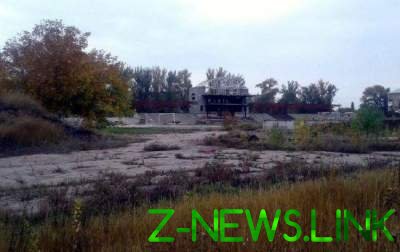 Makiyivka before and during the occupation.

The network has shown how the stadium in the occupied Makiivka near Donetsk. The photo shows the unfinished construction and rusting rebar. Of course, no work in progress. Pictures published a well-known blogger Denis Kazan on his Facebook page.

“The first two photos – the process of reconstruction of stadium “Avangard” in Makiivka that took place before the war. In 2013, the process was still in full swing. In the last two – the current state of abandoned object. Visible unfinished construction and rusting rebar. Of course, no work in progress. All overgrown with weeds. Obviously, no stadium, this place will not. By the way, the situation before the war in Makeyevka was sad. 350-thousand industrial center was not a single stadium in the normal state. Strong economic managers could not bring to mind any object,” wrote Kazan. 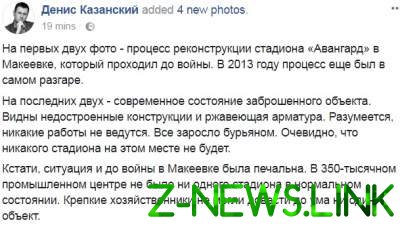 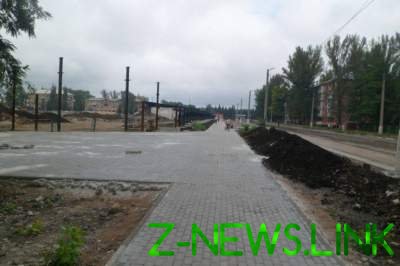 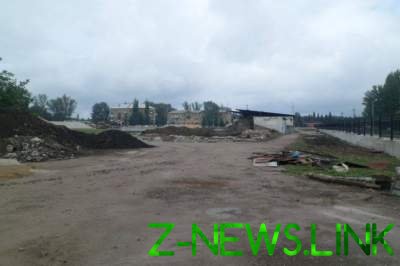 Photo: Donetsk before the war (facebook.com/den.kazansky) 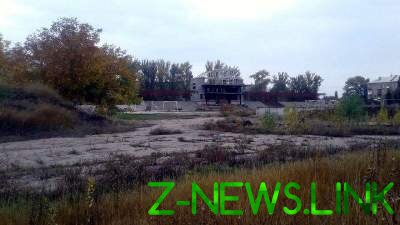