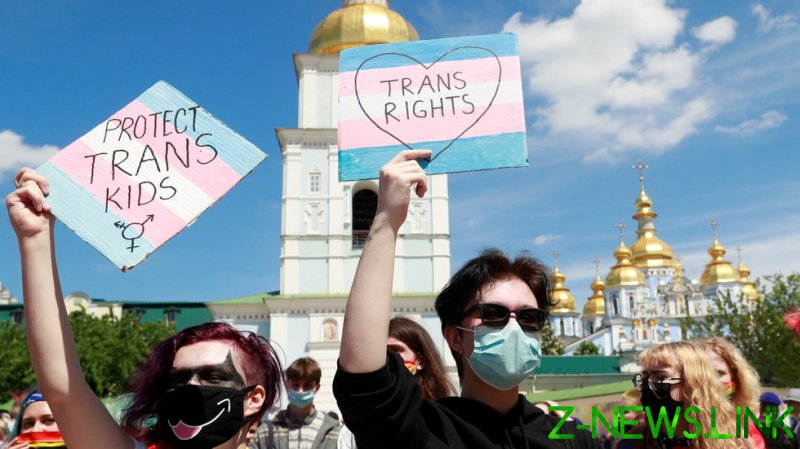 “The discussion about the rights of men and women has turned into a total phantasmagoria in a number of Western countries,” Putin said in a speech to dignitaries and reporters at the Valdai Discussion Club in Sochi, Russia on Thursday. “Those who risk saying that men and women still exist, and that this is a biological fact, are virtually ostracized.”

He listed examples, such as banning words like “mother” and “father” in favor of terms like “parent one and parent two”, as well as “banning the phrase ‘breast milk’ and replacing it with ‘human milk’ so that people insecure about their own gender wouldn’t get upset.”

“And this is not new,” the Russian president went on. “In the 1920s, Soviet culture-warriors invented a so-called ‘newspeak,’ believing that in this way they would create a new sense of consciousness and redefine people’s values.”

“This is not to mention things that are simply monstrous,” he added, “like when children are taught from an early age that a boy can easily become a girl and vice versa. In fact, they are indoctrinating them into the alleged choices that are supposedly available to everyone – removing parents from the equation and forcing the child to make decisions that can ruin their lives.”

This is borderline crime against humanity – all under the guise of ‘progress.’

In 2019, Putin insisted that Russia maintains “a very relaxed attitude towards the LGBT community,” saying, “We aren’t biased against them.” However, he added, “let’s give children an opportunity to grow up and decide afterwards who they want to be. Leave them alone.”

The country introduced a law in 2013 banning the “promotion of non-traditional sexual values among minors” as part of a bill designed to safeguard family values. While it was criticized by a number of international human rights groups at the time, Putin said the measures were important for protecting children.

“I don’t care about a person’s orientation, and I myself know some people who are gay. We are on friendly terms. I’m not prejudiced in any way,” he added back then.