Home / Game / Showed up 45 minutes of gameplay of Borderlands 3

Showed up 45 minutes of gameplay of Borderlands 3 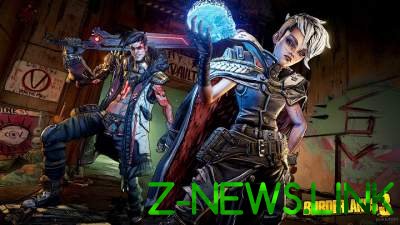 In a new video, Gearbox has shown how evolved graphics.

As promised, on the eve of the premiere of the gameplay of Borderlands 3. On the official YouTube channel of the shooter was the recording of the broadcast, containing around 45 minutes of gameplay. The game is created on the basis of engine Unreal Engine 4 in the development of the PC version involves experts from Advanced Micro Devices.

In a new video, Gearbox has shown how graphics have evolved since the previous part of the series, revealed the new game mechanics, skills, characters, weapons, boss fights and spaceship Sanctuary III. It is no secret that the good old Pandora will be one of many worlds that players will explore in Borderlands 3.

In addition, representatives of Gearbox Software brought up the topic of micropayments and mechanics “pay to win”. According to them, for real money you can buy only cosmetic items that in no way affect gameplay and balance.

The release of Borderlands 3 on September 13th for Xbox One, PlayStation 4 and PC. The version for personal computers the first six months after the release will be available exclusively in the store Epic Games Store.