Home / WORLD / ‘She’s bleeding, the camera’s on’: Horrifying details emerge of US mom shot & KILLED by toddler during Zoom call with colleagues

‘She’s bleeding, the camera’s on’: Horrifying details emerge of US mom shot & KILLED by toddler during Zoom call with colleagues 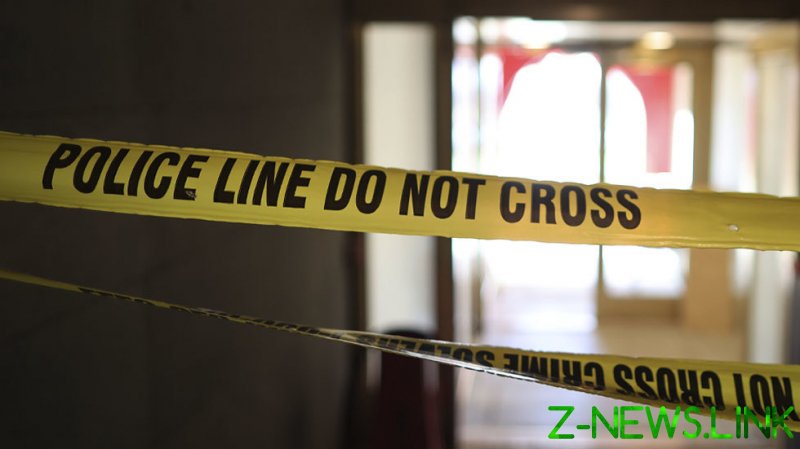 “One of the girls passed out! She was bleeding. She has the camera on. Her baby is crying in the back,” a frightened online witness to what later appeared to be a terrifying accidental killing told a 911 operator. The confused woman said she was “on a live with a company,” along with colleagues, who had “just got hired.” The recordings of the emergency calls were released by Altamonte police and quoted by the Orlando Sentinel newspaper.

“We heard a loud kaboom, and then she leaned back and we just saw blood [come] from her face,” the 911 dispatcher was told, with the caller adding that her co-workers, who had also witnessed the scene on Zoom, were trying to establish the victim’s address. “She’s not answering or anything. We’re calling her name and she’s not talking or responding,” the woman added.

It was later revealed that the victim who — according to the police statement “fell backward and never returned to the call,” was Shamaya Lynn, a 21-year-old mother who lived in an apartment in Altamonte Springs, near Orlando.

When paramedics and officers arrived at her home, they found she had sustained a gunshot wound to the head. After an unsuccessful first aid intervention, they pronounced the woman dead at the scene. “Investigators determined that the injury was caused by a toddler who found a loaded handgun, which was left unsecured by an adult in the apartment,” the local police department concluded.

The gun reportedly belonged to Lynn’s boyfriend, the father of the toddler, according to local media. Investigators are working with an attorney’s office to determine whether charges should be brought against him for leaving it within the child’s reach.

The man apparently also witnessed the bloody scene in the apartment, according to the local media quoting 911 recordings. “I literally just got home and I come in the room… my girlfriend, who was working on the computer, she’s just laid back and there’s blood everywhere,” he reportedly told the dispatcher, before asking for urgent assistance as she wasn’t breathing.

Under Florida law, no state permit or license is required to purchase and own a gun. At a press conference following the fatal incident, Altamonte Springs police officer Roberto Ruiz Jr reminded gun owners that they were required to keep their weapons locked away, adding that his department would even provide a padlock to anyone who did not yet have one. “Incidents like this could be avoided,” he said.

At least 94 people in the US have already fallen victim to an unintentional shooting by a child this year, according to the NotAnAccident Index maintained by America’s largest gun-violence prevention organization, Everytown for Gun Safety. A further 157 people have been injured in such shootings since January, with a total of 239 incidents of this kind recorded so far in 2021.