Scientists have found the main cause of fear of spiders 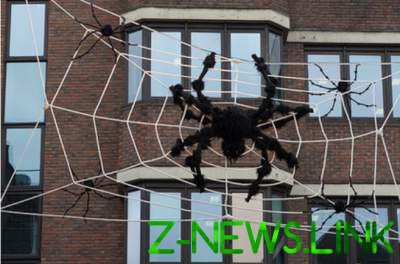 There are several possible explanations for the fear of poisonous animals.

Scientists at the Institute of cognitive and brain Sciences max Planck in Germany have found that fear of spiders is genetically inherent in man. This is the conclusion the researchers came after an experiment with infants who were exposed to images of predatory arthropods, snakes, and flowers. Scientific work published in the journal Frontiers in Psychology. Press release available on the website Science Alert.

There are several possible explanations for the fear of poisonous animals. It could be developed in the process of evolution appears due to the influence of culture. To determine the exact causes of fear of spiders and snakes, researchers tested the reaction of children at the age of six months.

See also:  In Egypt, scientists have made a unique discovery

Experts noted that the drawings of dangerous animals called the children of dilated pupils (mydriasis) by 0.14 mm. Pictures of flowers or fish provoked mydriasis, which was almost four times weaker. Identified the difference showed increasing levels of norepinephrine — a hormone that is a precursor to adrenaline and is involved in stress reactions.

See also:  In the area of anti-terrorist operation found a cache of weapons

Researchers believe that children born afraid of spiders and snakes, and this fear implanted in them by evolution. Although modern people are not often faced with life-threatening animals, fear of poisonous animals was important for the survival of the ancestors of the people.