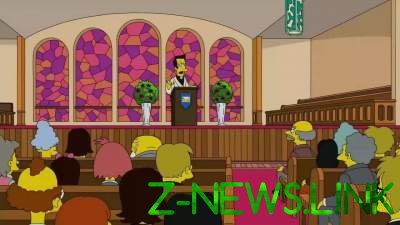 New research shows that Christians are concerned about climate change and environmental issues in General, when they show religious materials, in which the man is positioned as the guardian of nature.

According to psychologists from the University of Illinois (USA) and the University of Warwick (UK), an important factor influencing how Christians relate to environmental issues, may be their view of humanity as the most important or dominant species on Earth. Religious materials, defending these positions, can affect people’s opinions and even enhance the care for the environment.

“The idea of responsibility for the planet is common among Christians. We were interested in, did these ideas broadcast by reputable or credible sources among the Christians (e.g. the Bible or the Pope), the Christian’s attitude to the environment,” says the study’s lead author faith Shin (Faith Shin).

According to experts, religion strongly influences moral principles. Climate change might be seen as the biggest problem facing the world, and the majority of the world population identifies itself with a particular religion or faith in God. Makes sense that religious beliefs must also have a strong influence on attitudes to the environment, says co-author, psychologist Jesse Preston (Jesse Preston).

See also:  Scientists say that this spice is able to replace antibiotics

During their study, researchers surveyed 292 Christians about their opinion about the responsibility of people in the planet and about their attitudes to environmental issues such as climate change. In General, the results show that the perception of mankind as responsible of view – that is, the view that God told us to care for the Earth and all life upon her – was associated with greater concern about environmental problems. Protection of nature was perceived as a moral duty those who believe people assigned to the caretakers for the state of the planet. At the same time, the belief that God gave mankind free will to do anything with the Land, were related to less concern about climate change, experts added.

The team then examined how reliable religious sources affect the understanding of the role of man on Earth. In the first experiment, 588 participants were given one of three articles to read: two of them used the Bible to support views about humanity as responsible for the Land and a control article about something completely unrelated. Immediately after reading, subjects answered questions about his role in the fight against climate change.

See also:  Women are tougher than men - proven by scientists

In the second experiment, 498 participants read articles that the source is mentioned Pope Francis. One group received an article with a quote from his Encyclical in 2015 on environmental protection and action on climate change, the second group read an article about his position against birth control and the third control article about something completely unrelated.

According to scientists, people who read the materials supporting the idea of responsibility in both experiments, showed greater moral concern for the environment and climate change in comparison with the control group.

“It seems that religious messages have more power to increase moral considerations about climate change than to reduce those concerns that, in our opinion encouraging result. When a credible religious sources approve reports of management in accordance with religious values, it encourages concern about climate change as a moral and religious issue,” conclude the experts.

The next step of research for the scientists will be studying how the religious beliefs of other faiths affect the attitude to the problems of climate change and the environment.