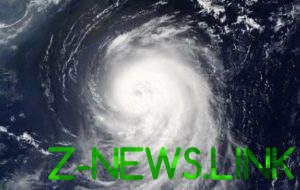 Previously, only assumed about the phenomenon.

The Tasman sea, scientists first detected a double ocean vortex. Oceanographers knew that, theoretically, such a phenomenon may arise, but to observe it previously could not.

Now experts carry out monitoring of rare unusual double swirls of water that occurs in the sea between the shores of Australia and New Zealand.

For the period since 1993, instrument, observing Earth from orbit, nine times recorded unusual phenomenon, but then the scientists could not confidently say that is this phenomenon. Eight times these cases have occurred near Australia.

As it is now established specialists, these vortices are formed when there is a deviation of the flow from the main water masses, resulting in the formation of rings by which the water moves. In the middle it is stationary.

What is currently observed by scientists in the Tasman sea, has significant differences. There is marked presence of two giant whirlpools, related to each other. The rotation of one of them is clockwise and the other in the opposite direction.

See also: Tentacles up to three meters: scientists have discovered a new species of giant octopus

The experts also found that the double vortex movement is from West to East, and the sea moves in the opposite direction.