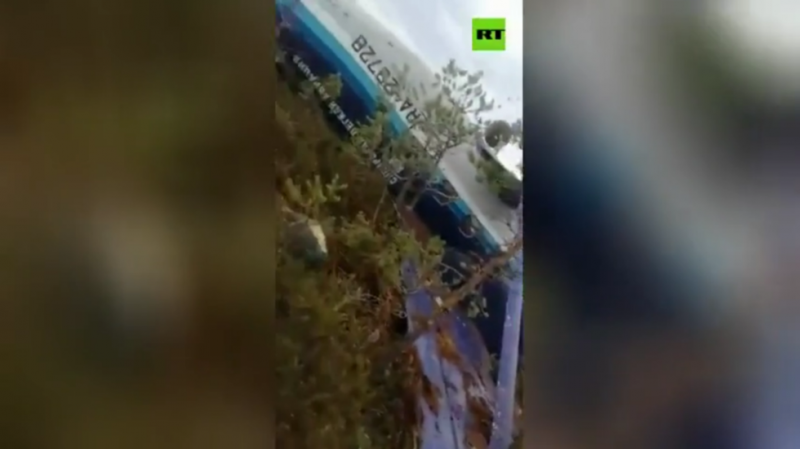 Officials put out an emergency warning when the AN-28 light aircraft lost contact on Friday. After a frantic search of its last known location, authorities announced that all 18 people had survived the impact.

Photos and videos emerging from the scene revealed that the plane, a Soviet-era turboprop jet, had landed intact, but upside down. A source from the Siberian Aviation Search and Rescue Center told Interfax that “when landing, the front landing gear dug into the ground and it flipped over on its back. But the fuselage is intact and, fortunately, no fire broke out.”

Representatives of the Siberian Light Aviation airline, which operated the flight, denied reports that technical problems had grounded the flight for six hours before it was due to take off. “The airline changed its plan,” a spokesperson said. “This is by no means a technical malfunction. Preparations for takeoff proceeded as usual. The delay had absolutely no effect.”

Earlier this month, a similar light aircraft, an AN-26, crashed into a hillside on the Kamchatka peninsula in Russia’s Far East, killing all 28 people on board.

Safety in Russian aviation has improved significantly in recent years. However, the use of ageing planes in remote regions, often in difficult or extreme weather conditions, leaves the sector vulnerable to mishaps.