Home / policy / Rehearsal of the disaster in the Gulf

Rehearsal of the disaster in the Gulf 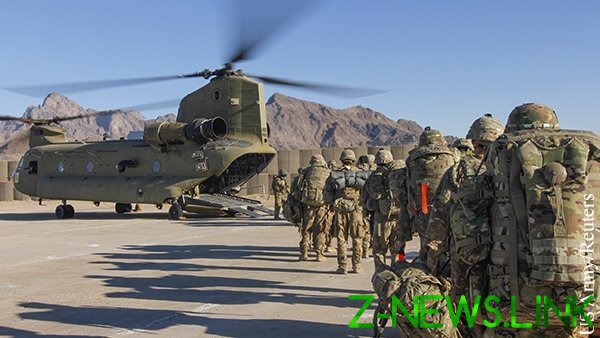 The Middle East looms the shadow of the next great war. It looks like the US is preparing for new large-scale operation in the Persian Gulf. This time against Iran.

However, Secretary of state Mike Pompeo, while in Sochi on an official visit, assured the world community that the United States “fundamentally do not want” war with Iran and only in the case of attacks on American targets in the region (and U.S. allies), he would incur the retribution.

It is believed that the main advocate of military action against Tehran is trump’s Advisor for national security John Bolton. It is really long been known as anti-Iran hawk. But his official statement posted on the White house website, almost exactly like Mike said Pompeo in Sochi.

The truth, Bolton makes one important clarification. Under Iranian attack means not only the hostile action of the armed forces of Iran or the special forces part of the Islamic revolutionary guard Corps (IRGC), but the actions of “proxy forces”. As you know, these “proxy forces” in Washington think of any Shiite militia units, fighting in Syria and Iraq, and the Houthi rebels for several years fighting a war in Yemen against the Pro-Saudi authorities in the country, supported by the whole power of the air force of Saudi Arabia and the United Arab Emirates. A “client” of Tehran is considered and the Syrian regime.

If the Bolton’s statement reflect the position of the White house, then Washington would have long ago announced the preparation of a military operation against Iran as a casus belli is available almost every day. The Syrian air force are opposed to missile attacks and fighter of Israel. Yemeni rebels shelled the territory of the Kingdom of Saud, and the Shia militia in Iraq and Syria has repeatedly engaged in a fight with the paramilitaries, which the U.S. called their allies.

In this context, Donald trump was forced to clarify that “constantly cools the ardor” of Bolton, whose “slightly more hawkish views” on the situation in various regions of the world than the other key personnel of the administration. “But that’s okay. I listen to different opinions,” concluded trump.

The American press with reference to anonymous sources reported serious disagreements between Bolton and Pompeo, and the frustration of the President in Bolton. This frustrated the journalists explained the removal of the Advisor “the Russian direction”, which he directed in the administration. After all, John Bolton has organized a summit in Helsinki, and after the meeting of Vladimir Putin and Donald trump, the staff (particularly the assistant Bolton Fiona hill) regularly came to Moscow for consultations with the apparatus of the security Council of the Russian Federation. And suddenly, to meet with Lavrov and Putin goes Pompeo…

However, this is only a guess. It is known only that Mike Pompeo in his official statement to the Internet portal of the state Department, repeating all the earlier voiced threats against Tehran, in conclusion, referred to the President’s words about wanting “one day to meet with the leaders of Iran and to work out an agreement with them.” No other evidence of the existence of significant disagreements in the American administration there. As there is no evidence and the “disappointment” of the President John Bolton. With certainty we can only say that Donald Trump does not want a war with Iran. It can cost him re-election for a second term in 2020.

See also:  The exchange of prisoners in the Donbas, Poroshenko gave a new order

It is worth noting that the White house, despite his sometimes very harsh rhetoric, demonstrates restraint in the use of force. Missile strikes on Syria was for the most part significant, does not affect the defenses of Damascus. Developed by the previous assistant of national security Herbert McMaster “new Afghan strategy” was launched on the brakes. Military contingents in Iraq, Syria and Afghanistan are reduced. And sabre-rattling off the coast of North Korea rather quickly transformed into peace talks.

Let me remind you that the predecessors of a trump after two years of being in office have already begun their great wars. In March 2003, George W. Bush carried out the invasion of Iraq. And in March 2011, Barack Obama bombed Libya. Do not forget that the rival of Donald in the presidential election of 2016, Hillary Clinton promised “at first, maybe on the second day” after the inauguration to introduce several no-fly zones in the skies over Syria.

But now the situation in the middle East is heating up. Carrier strike group led by the aircraft carrier “Lincoln” moved to “the region command centre”, i.e. from the Mediterranean sea to the Persian Gulf. This maneuver was devoted to the already mentioned statement by John Bolton. The United States has also deployed its military base in Qatar heavy bombers and withdrew from Iraq, the entire civilian support staff. In addition, American diplomats warned commercial airlines about the dangers of flying over the Bay. However, this warning was not explained the possible outbreak of hostilities, and the likelihood of “erroneous interpretation of the radar from the air defense of Iran.”

Oil poured into the fire, and the press. The New York Times reported that the Pentagon has prepared a plan to transfer to the middle East 120 thousand American troops. As in the invasion of Iraq in 2003 was attended by about the same number of the group “talking heads” immediately came to the conclusion that Washington is preparing for full-scale operation against Iran. However, the New York Times cites anonymous sources and does not provide any details. The very existence of such a plan does not speak about intention to immediately follow. Not to mention the fact that invasion of Iran would require a much more serious force. Looks like the liberal newspaper specifically cited the figure, which is associated by Americans with the big war in the middle East.

But far more serious is another factor. The Royal family of Saud is starting to lose the remnants of patience. At the initiative of Riyadh was convened an emergency summit of Arab leaders. The reason was sabotage against tankers off the coast of the UAE, as well as attacks by “terrorists” Houthis at the two stations for pumping oil in Saudi Arabia. In these incidents the Saudis accuse Tehran.

It is clear that even if all the countries of the Arabian Peninsula will unite for a military strike on Iran, success is not guaranteed. The air force of Saudi Arabia and the UAE for a long time already bombed the territory of Yemen. This leads to huge civilian casualties, but the civil war in this country is not substantially changed. Unlike Iran, the Houthis do not have any air defense or combat aircraft. Nevertheless, to cope with them still can’t.

See also:  Putin and trump have not agreed on the date of the meeting

Therefore, the only meaning of demarche to Riyadh is trying to get the U.S. to take the side of the Arabian coalition and to put missile and bomb strikes on the Islamic Republic. But if al-Saud will be lucky to hold ground operation against Iran.

“Precipitate” Tehran has long sought, and Israel. But if the Golan heights, close to which Iran has placed its military facilities, the Jewish state cope alone, to inflict even a series of pinpoint strikes on the territory of its old enemy it is unlikely. He also requires the help of the United States.

The Islamic Republic, as a rule, is accused of violating the terms of the nuclear deal, concluded in 2015. But in reality, Israel and Saudi Arabia fear is not the Iranian nuclear bomb, and the increased influence of Iran in the region. Ayatollah almost outright won the hybrid war, the al-Saud, squeezing, in the language of Bolton, their “proxy forces” from Iraq and Syria and keeping Bashar Assad’s regime until the entry into play of the Russian HQs. Saudi Arabia is hopelessly mired in a civil war in Yemen. But Turkey has not only changed my opinion about Assad, but went on a rapprochement with Tehran in the framework of the Astana process.

United States, going toward tel Aviv and Riyadh, came out of the Iranian nuclear deal. But not to prevent the Islamic Republic’s weapons of mass destruction, and to ensure that through sanctions to force her to give up spreading its influence. This is the goal of the policy of “maximum pressure” on Tehran carried out by the White house.

But it is, perhaps, all that has to offer Washington its allies. Anyway, at the moment. War with Iran would be political suicide administration trump. In addition, a new conflict in the Gulf could become a multilateral proxy war. With unexpected determination for the Islamic Republic stood up to Beijing. At the hastily organized meeting of the heads of the Iranian and Chinese diplomatic offices, foreign Minister Wang Yi said “the support of Tehran’s efforts to protect its interests.” In fact, China has signaled that it will defend the right of Iran to supply oil to China.

We can say that all parties whose interests are somehow connected with the Middle East, held a command-staff exercise in the event of a sharp escalation of tensions in the region. And now is the time to sit down at the negotiating table.

The problem with Washington is that for such negotiations he will need new people, not related nor Obama’s, nor Bush’s middle East policy. Perhaps this explains the rumors about the disgrace of John Bolton and a new wave of purges in the state Department.

Anyway, the rehearsal of the disaster in the Gulf carried out. It is hoped that its premiere will never happen.